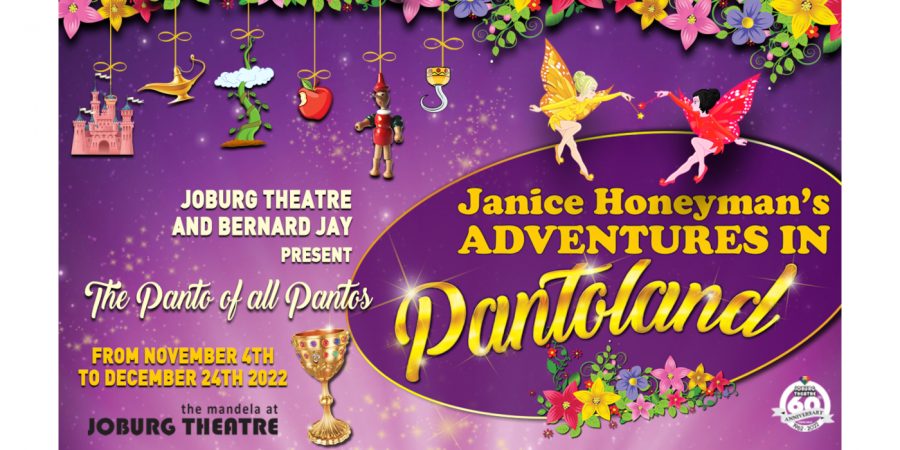 “When Joburg Theatre invited me to create a brand new pantomime for its 60th anniversary,” admits Honeyman, “I instantly became excited and buzzing with ideas in accepting the challenge. This year’s show will be a mash-up-mega-mix of pantomimes, where ever-popular characters such as Princess Aurora, Aladdin, Snow White and Jack the Joller meet on stage with the Wicked Queen Evilina, the Abominable Uncle Abanazar, Madame Kakkeloura Khakibos and the Crooked Captain Hideosa Hook in a Quest Adventure to retain the Golden Goblet of Goodness. ‘Adventures in Pantoland’ is an epic journey of traditional Good Versus Evil. Obviously, good wins out in the end!”

“With all the breath-taking spectacle, magical storytelling, over-the-top comedy and outrageous topical references that Joburg Theatre audiences have grown to expect from the annual pantomime,” adds executive producer of the show, Bernard Jay, in his 21st consecutive pantomime collaboration with Janice Honeyman, “this year’s panto will once again be the ideal all-the-family outing to the theatre.”

Production designer Andrew Timm – Naledi Theatre Award winner for his acclaimed designs of the pantomime ‘Cinderella’ in 2021 – will be returning to transform Joburg Theatre’s state-of-the-art technology into a magical wonderland of globally-travelled adventures, along with panto veteran costume designer Bronwen Lovegrove. Oohs! and Aahs! and Wow Moments are guaranteed!

‘Adventures in Pantoland’ will be on The Mandela stage at Joburg Theatre from November 6 to December 24. Tickets from R260 are available now by visiting www.joburgtheatre.com or by calling 0861 670 670. Terrific discount prices are available for groups of ten or more.

For more information and for media interviews, please contact:
Bronwen Hirshowitz of B Sharp Entertainment
082 704 8843 / bronwen@bsharpentertainment.co.za 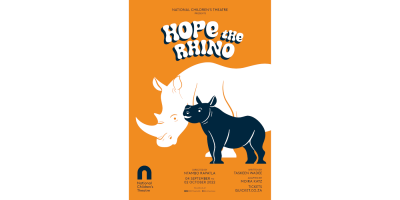 An educational and literary theatre production that aims to teach children about saving our rhinos and the benefits of environmentalism.