Hailed by Dance Europe as ‘without doubt, the greatest ballet conductor we have in the UK’, Hong Kong-born Briton Jonathan Lo is Music Director of Northern Ballet, Staff Conductor for the Royal Ballet at the Royal Opera House, Covent Garden, and Principal Conductor of the New Bristol Sinfonia. He was Principal Guest Conductor of the Xi’an Symphony Orchestra from 2015-2019. He was a member of the Jette Parker Young Artist Programme at the Royal Opera House and a conducting fellow with Birmingham Royal Ballet, for whom he is a regular guest conductor.

Increasingly sought after by ballet companies around the world, Mr Lo’s past and future engagements include work with companies such as Dutch National Ballet, The Australia Ballet, Zurich Ballet, and Rambert Dance Company. His broad repertoire ranges from the contemporary to the classics such as The Nutcracker, Swan Lake, Romeo & Juliet, Giselle, La Fille mal Gardee and Cinderella. He has given numerous world premieres of ballets by distinguished choreographers such as Cathy Marston, Kyle Abraham and Goyo Montero, and has collaborated with some of the world’s leading choreographers such as Christopher Wheeldon, David Bentley, Hans van Manen and Crystal Pite. Mr Lo’s work has been broadcast both live and recorded for cinemas around the world, on BBC television, SkyArts, and on DVD for OpusArte.

Born in 1987, Jonathan Lo read music at the University of Oxford, before going on to study conducting at Royal Northern College of Music on a major scholarship. He was appointed to his first music directorship aged 18 with the Oxford University Philharmonia after winning the University’s conducting competition. Since then, Mr Lo has conducted orchestras internationally and nationally, most notably the Orchestra of the Royal Opera House, Danish National Symphony Orchestra, BBC Philharmonic, Royal Ballet Sinfonia, London Sinfonietta, Manchester Camerata, Northern Chamber Orchestra & Gabrieli Consort.

“Jonathan Lo is undoubtedly one of the world’s leading ballet conductors and we are honoured to be welcoming him for our Winter Season,” says Debbie Turner, CEO of Cape Town City Ballet.

“We have also now announced the full cast schedule, so patrons can be sure to book to enjoy our international guests, as well as a selection of our most gifted South African dancers. The inter-cultural collaboration of artists from multiple countries broadens everyone’s horizons, and promotes and augments the concept of classical ballet as a global artform.”

International Guest Artists Vadim Muntagirov and Fumi Kaneko, both Principals of The Royal Ballet, perform the roles of Romeo and Juliet at select performances.

Another exciting addition sees Cape Town City Ballet welcoming Tzu-Chao Chou, Principal of Birmingham Royal Ballet to the Cape Town stage for the first time. He will perform the role of The Blue Boy in LES PATINEURS at selected performances of IKIGAI.

The full cast schedule is as follows:

5, 8, 10 and 13 August at 19:30: (With International Guest Artists Vadim Muntagirov and Fumi Kaneko, Principals of The Royal Ballet as Romeo and Juliet and the CPO under the baton of Guest Conductor Jonathan Lo)

4 and 9 August at 19:30: (With Lêusson Muniz and Kirstél Paterson as Romeo and Juliet and the CPO under the baton of Guest Conductor Jonathan Lo)

6 August at 15:00: (With Gabriel Ravenscroft and Mia Labuschagne-Coomber as Romeo and Juliet to recorded music)

14 August at 18:00: (With Lêusson Muniz and Kirstél Paterson as Romeo and Juliet to recorded music)

20 August at 15:00: (With International Guest Artist Brandon Lawrence and Hannah Ward as Romeo and Juliet to recorded music)

23 August at 19:30: (With International Guest Artist Brandon Lawrence and Hannah Ward as Romeo and Juliet with CPO under the baton of Brandon Phillips)

25 August at 19:30: (With International Guest Artist and Chanté Daniels as Romeo and Juliet with CPO under the baton of Brandon Phillips)

27 August at 19:30: (With International Guest Artist Brandon Lawrence and Hannah Ward as Romeo and Juliet to recorded music)

28 August at 18:00: (With International Guest Artist Brandon Lawrence and Hannah Ward as Romeo and Juliet with CPO under the baton of Brandon Phillips)

17 August at 19:30 (With CPO under the baton of Guest Conductor Jonathan Lo and the role of Blue Boy in Les Patineurs performed by Tzu-Chao Chou with Brandon Lawrence as the principal male in the featured pas de deux)

25 August at 15:00: (To recorded music and the role of Blue Boy in Les Patineurs performed by Gabriel Ravenscroft)

27 August at 15:00 (To recorded music and the role of Blue Boy in Les Patineurs performed by Gabriel Ravenscroft)

28 August at 14:00: (With CPO under the baton of Brandon Phillips and the role of Blue Boy in Les Patineurs performed by Tzu-Chao Chou and Brandon Lawrence as the principal male in the featured pas de deux)

Set in the beautiful Italian city of Verona, the ballet explores the tapestry of life, from the bud of youth, the blooming of adulthood, hidden forbidden love, a suffocating family feud, visceral hatred and inevitable tragic destiny.

The dream creative team is completed with Décor and Costume Design by Peter Cazalet and Lighting Design by Wilhelm Disbergen.

IKIGAI is an invigorating triple bill inspired by the Japanese philosophy of life purpose, life happiness and life peace. Suitably depicted in those ideas are ballets by three generations of award-winning choreographers: Jiří Kylián’s FALLING ANGELS, Sir Frederick Ashton’s LES PATINEURS and Kenneth Tindall’s POLARITY, in collaboration with the artists of CTCB. IKIGAI will be presented from 17 to 28 August.

FALLING ANGELS is one of Jiří Kylián’s mesmerising masterworks for eight women, bristling with the power of the female persona. Set to an hypnotic Steve Reich score and inspired by the percussive musical rituals of West Africa, FALLING ANGELS is scintillating in its complexity and richness of movement.

Staged in 2021 on CTCB by Elke Schepers, press comments included: “mesmerising…this was rhythmic, fluid, contemporary dance of the type that takes you to another place” (Calloffthesearch.com); “Falling Angels is a gripping piece, overflowing with exuberance, yet exquisitely structured and danced…(Times Live) and “Falling Angels, was nothing like I had seen before ….. a feat of concentration, synchronization, and athleticism”(Broadway World)

Choreographed by iconic British choreographer Sir Frederick Ashton and performed to music composed by Giacomo Meyerbeer, LES PATINEURS (The Skaters) features a party of ice skaters on a frozen pond joyfully depicting Ashton’s virtuosic choreography of charming divertissements in a beautiful trellised setting. Delightful in its humour, lyrical adagio of the lead couple, as the “spills and thrills” of the Blue Boy and friends show masterfully the multiple pirouettes and leaps. As the snow starts to fall the skaters glide away.

LES PATINEURS is staged on CTCB by Isabel McMeekan, who has performed around the world with The Royal Ballet and Birmingham Royal Ballet. She is currently participating in the Frederick Ashton Foundation’s shadowing scheme set up to train the Ashton repetiteurs of the future. Décor and Costume Design is by William Chappell with Lighting Design by Wilhelm Disbergen.

Award-winning, Kenneth Tindall’s POLARITY is inspired by the suggestion that opposites are interconnected and everything is duel, a Yin and a Yang where harmony and balance emerges and where the outcome can only be peace. Tindall, who is Resident Choreographer and Director of Digital for Northern Ballet, created POLARITY for Cape Town City Ballet in 2019, and excitingly returns to stage this new, extended version.

Costume Design is by Kenneth Tindall and Lighting Design by Wilhelm Disbergen.

Press comments about POLARITY include: “Polarity keeps the temperature in the room on high as it pushes the dancers to the edge physically and artistically”(Calloffthesearch.com), “a display of interconnection and dualism” (Broadway World) and, “a striking ballet” (The Cape Robyn)

Established in 1934 as the University of Cape Town Ballet Company, Cape Town City Ballet has a strong heritage and roots. The organisation is moving into the next era of dance with the objectives of delighting anew its loyal supporters as well as inspiring new audiences to engage with and develop a love of ballet, striving to achieve this by delivering unique dance performances aligned with the global dance landscape with diversity and inclusivity at the forefront of creativity, integrity and the pursuit of excellence.

Since the Company’s inception, it has been renowned for providing opportunities for training and employment to all, despite the ruling laws of previous times. It remains committed to developing the dancers of the future. The CTCB’s various development and education programmes have reached more than 320 000 young people. Its audience development and training initiatives include the Young Male Dancer Development Programme, the Apprentice Programme and partnerships for training programme with various dance schools.

As part of their 2021 Autumn Season at Artscape, CTCB proudly presented the South African premiere of Mthuthuzeli November’s Olivier Award winning Ingoma, which was commissioned in 2019 by Cassa Pancho for Ballet Black and which premiered at the Barbican in London.

CTCB aims to serve the dance community as a whole and provides opportunities for teachers and young dancers in training from around the City to participate and gain experience in professional productions and attend various rehearsals. In 2019, students and young dancers took part in A Christmas Carol, Sleeping Beauty and Enemy Behind the Gates. In 2020 students had the opportunity to observe rehearsals of Maina Gielgud’s Swan Lake, before the sudden lockdown and subsequent cancellation of all seasons. In December 2021, after almost two years, the company was once again able to offer performance opportunities to young dancers for the restaging of the extremely popular and uplifting A Christmas Carol at the Artscape Theatre. 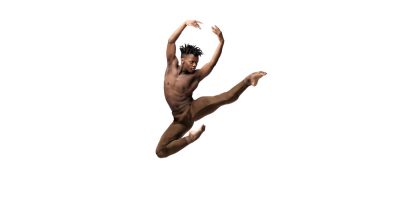 Siphe November to perform with CTCB

Siphe November returns to South Africa to perform with Cape Town City Ballet for one night only. 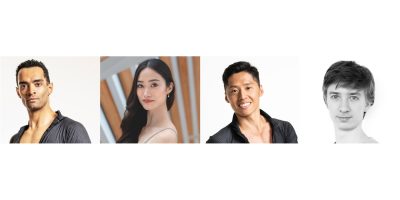 Ballet lovers are in for a rare treat with the opportunity to see four International Guest Artists perform as part of Cape Town City Ballet’s Winter Season.