Vote and stand a chance to win biltong 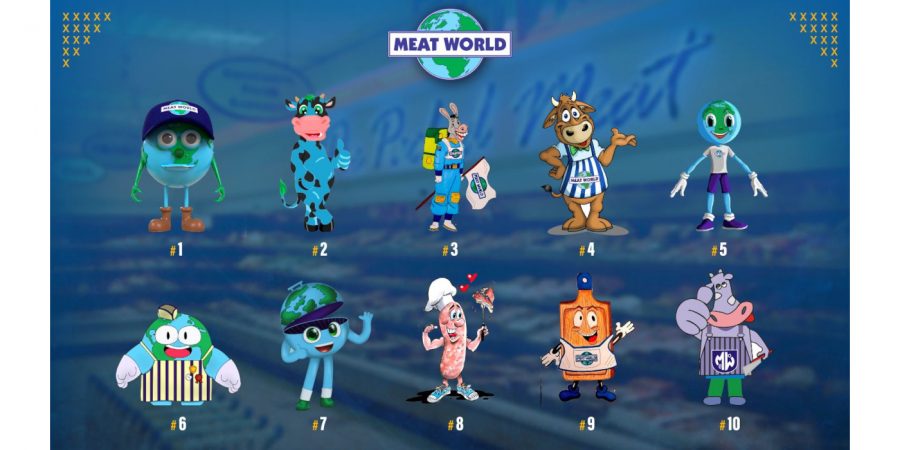 Meat World announced the top 10 designs in their design a mascot competition.

The Meat World Group of Companies recently launched a very exciting competition to find the best design for the planned Meat World mascot. The competition was open to any South African artist above the age of 12 and numerous designs were received from around the country.

The public is now invited to vote for their top 1 design. Voting can take place as follows:

Five of the people that voted will win 1kg of biltong with the compliments of Meat World. The winners will be chosen by draw and the decision of the organizers is final. SMS’s cost R1,50 each. Terms and conditions apply.

The Meat World Group of Companies was established in 1995 with the opening of the first branch of Meat World at the Springs Fresh Produce Market. Since then, the company has grown exceptionally fast and boasts 17 Meat World outlets at present. Meat World’s Managing Director, Angelino Pereira says that he is very excited about the quality of designs that they received. “I was really surprised with the number of designs that we received. We also enjoyed the names and stories that the entrants sent with the designs. I must also thank each and every artist for the amount of work, creative and energy that they put into the designs. We could see that every artist worked very hard to put the best design on the table,” Pereira said.

The adjudicating of the Mascot Designs was done by five top adjudicators:

After the public voting has closed, the winner of the Meat World Mascot Design Competition will be announced. The competition was administered by Red Pen Marketing.