Designed to stimulate arts practice as research, the UJ Artists in Residence Programme will host several artists working in Fine and Visual Art, including Kagiso Kekana, Sonya Rademeyer, Juan Orrantia, Brenton Maart, and Egyptian artist Mai Al Shazly. Lindiwe Matshikiza and Yazeed Kamaldien have been selected for the Film and Television category and Jamil Khan and Mbuso Ndlovu have been selected to pursue projects in the Literary Arts and Music disciplines.

These 12-month residencies will commence in July this year and will include the presentation of a range of innovative creative projects including bio-art, photo, and other exhibitions and installations, film documentaries, a fiction novel and new choral music compositions.

“We are thrilled to start this journey with these exemplary artist-researchers, and we look forward to presenting their exciting projects over the next year. The overwhelming response to the University’s call for participation in the Artists in Residence Programme is testament to the creative sector’s capacity and desire to deepen and advance our understanding of the complexity of the work artists create,” says Pieter Jacobs, Head of Arts & Culture.

The UJ Artists in Residence Programme makes residencies available in Visual and Fine Arts, Music, Theatre, Performance and Dance, Design, Film and Television, and Literary Arts. The programme is open for applications from new, emerging, and established artists from across the globe, but preferably with a connection to Africa. Artists are eligible to apply for physical and/or remote residencies at the institution and depending on the nature of the proposed residency, successful artists may work partly or completely remotely.

The UJ Artists in Residence Programme will open for another round of applications at the end of June for residencies commencing in January 2023. The closing date for application is 31 July. For more information, visit https://arts.uj.ac.za.

NOTES TO THE EDITOR

About the Artists in Residence

Born in Soweto, bred in the East Rand, buttered in Central Western Jabavu and currently being cheesed in Makhado Limpopo, her name is Kagiso Kekana. She could variously be described as a philanthropist, a songstress, songwriter, performer, storyteller or even a youth development leader however labels do not concern her. She personally is passionate about the arts and is a supporter of young people who show an appetite for development.

Through her musical passion Kagiso continues to grace various performance stages with her velvety voice and plenitude of musical talent, slowly rising to make her mark not only on the South African musical scene but on the global stage at large. She began her musical journey over 15 years ago in high school as a soprano Chorister and continued her musical journey in community theatre, various art spaces and live events with a special focus on the Afro Soul, Jazz and Gospel genres. Her latest musical performance offering titled ‘Kwasukasukela’ was presented at the virtual ‘My Body My Space’ – Public Arts Festival in January – February 2021. In 2020 she offered ‘My Internal Oppression’ a musical theatre performance commissioned by the Virtual Vrystaat Arts Festival in partnership with the Pan African Telematic Art Project (PATAP), and in 2019 ‘Miss/Seen’ was presented where she showcased her talent in a collaborative experimental live performance at the Vrystaat Arts Festival, which was nominated for the Blinker Awards 2019.

Furthermore, she has participated in an arts leadership tour to Ireland, facilitated by Sibikwa Arts Centre, an award-winning multi-disciplinary professional organisation in partnership with the Department of Arts & Culture and the European Union.

As a visual and performing artist, Sonya Rademeyer (b. Zimbabwe) is interested in exploring notions of deep-empathy. Her explorations around empathy requires deep-listening which connects her to concepts of entanglement, fragility and complexities. She grapples with the relationship between empathy and whiteness viewed from a post-colonial perspective, looking for ways to open discussions around forgiveness, social cohesion and transformation which inevitably leads her to address complicated content.

Working from a non-cognitive perspective and allowing herself to connect to dimensions beyond the tangible and known, Rademeyer regards drawing as central to her artistic practice. For her, her drawings serve as pointers to a spiritual dimension which is reflected in her frequent choice of using the colour silver. Connected to her drawing is a strong performative element which is often incorporated into her collaborations with musicians. For Rademeyer, the intersections between drawing and performance remains an area of constant exploration.

Her navigational pull towards soil, earth and land often evokes live site-specific performances which speak to land dispossession due to colonisation within Southern Africa. For Rademeyer, deep-listening is an essential practice in decolonisation which she strives to deepen constantly. Ultimately, Rademeyer’s work speaks to cultural healing within a multicultural society.

A graduate of Willem de Kooning Academie in Rotterdam (The Netherlands) Rademeyer has exhibited in multiple group shows both nationally and internationally. Her work has been incorporated into both private and public collections in South Africa, Egypt and Italy and she represented South Africa in the 2008 Dak’ Art Biennale (Senegal).

Juan Orrantia approaches photographic practice as a reflexive interrogation of histories and experiences of looking and being seen. In his work, color, appropriation, and the photobook are explored as strategies for the destabilization of canons and representations. Like ‘Stains of Red Dirt’ (Dalpine 2020) was published after receiving the Fiebre Photobook Award. His second monograph, ‘A Machete Pelao’, will be published as a result of the Centro de Fotografia de Montevideo Latin American Photobook Award. Self-published artist books are in collections of the Smithsonian Museum of African Art Library, Biblioteca de Arte Fundação Calouste Gulbenkian, and The Jack Ginsberg Centre for Book Arts. He has been awarded grants from the Smithsonian Institution, The Tierney Fellowship, and various fellowships and residencies. Reviews of his work have appeared in Aperture, Nearest Truth, British Journal of Photography, and Africa is a Country, among others.

As an educator Juan has lectured at Wits Fine Arts, Bard College, International Center for Photography, University of Los Andes, and Market Photoworkshop among others. He was born in Colombia and lives in Johannesburg, South Africa. www.juanorrantia.com

Mai Al Shazly is an Egyptian visual artist and works in different mediums. Her work has been shown in several exhibitions. Most recently she has participated in Paris Biennale Des Photographes Du Monde Arabe Contemporain 2019, and was nominated for an artist residence in Switzerland and exhibited her work during Verzasca Foto Festival 2018, as well as participating in a collective work at Biennale Africaine de la photographie at BAMAKO 2017.

She received a self-organization fund through Mophradat 2021 and worked on a video and experimental film production through Goethe Institute Kairo in collaboration with Contemporary Image Collective 2017, receiving a production grant through Pro Helvetia Cairo 2016. Al Shazly’s work focuses on identity and its relationship with the surrounding environment and the current political issues. In her upcoming work, she speaks about the colonial debris at the dinner table and the continued production of imperial modes of thinking that comes with their reproduced objects.

Lindiwe Matshikiza is a Johannesburg-based multidirectional artist with a background in theatre-making and a special focus on performance, writing, directing and intuition. Her projects are largely process-driven, collaborative, often taking on more than one form over time, and she has worked with a wide range of artists across various kinds of practice in Africa and the rest of the world.

In recent years, Lindiwe has been a fellow of The Camargo Foundation (France), Vila Sul (Brazil) and Institute for Creative Arts (SA). She is co-founder of Motherbox: Organisation for Cooperation in the Arts together with artists, João Renato Orecchia Zúñiga and Mmakgosi Kgabi.

Her last film as an actor was the irreverent Film Festival Film (directed by Mpumelelo Mcata and Perivi Katjavivi) in which she conspired with the directors and crew to play a fictional character amidst real industry players at a prominent South African film festival. She extended this work by reprising her role and staging a controversial performance intervention at the film’s premiere at the Berlinale in 2019. Her first film as a director, One Take Grace, was a creative documentary made in collaboration with Mothiba Grace Bapela over ten years, for which they won the Award for Outstanding Artistic Contribution at IDFA 2021.

Yazeed Kamaldien is a journalist who has worked in print, radio, television and documentary filmmaking. He was born in Cape Town, South Africa, and has worked in various countries, including conflict zones such as the Gaza Strip, Yemen, Syria and Darfur in Sudan.

His documentary film work includes being the production manager on ‘Miners Shot Down’, which won an international Emmy award in New York in 2015. This film told the story of South African mineworkers who were shot dead by the country’s police officers, while they were striking for better living and working conditions in the lucrative mining sector.

Yazeed has independently made short films in Brazil, Syria and Cape Town. His work has focused largely on human rights, social justice, and marginalised voices.

For the University of Johannesburg artist residence, he will explore the Vogue ballroom scene as a space for activism and human rights. He will produce a documentary film and photographic exhibition.

Jamil F. Khan is a scholar, researcher and author. They are currently enrolled for a PhD in Critical Diversity Studies at the University of the Witwatersrand.

Their work explores multiple axes of difference including race, gender, sexuality, and class. Their work aims to contribute an archive of lives and experiences that are often not recognised or acknowledged.

Their publications include contributions to titles by Kwela, Polity Press and MISTRA while also publishing in academic journals, Agenda and Sexualities.

Their sociopolitical memoir ‘Khamr: The Makings of a Waterslams’ has been awarded the 2021 Humanities and Social Sciences Award for Best Biography as well as the 2021 University of Johannesburg Debut Prize for South African Writing in English.

Mbuso hails from eMadadeni-Newcastle in KwaZulu-Natal. He is the son of Vuka Petros Ndlovu, who was a choir conductor, guitarist and a singer. He received his first music lessons from his father at an early age. Mbuso spent all his school years singing in choirs, participating in gumboot and traditional dancing, as well as Isicathamiya (Mbube) groups.

Mbuso holds an Honours degree in Music from the University of Pretoria where he specialized in Choral Conducting. From 2016 to 2018, he was a part-time lecturer in the Department of Music teaching Ethnomusicology and African Music.

Mbuso has worked with several conductors, choirs and musicians, nationally and internationally. He is currently conducting workshops for choirs, marimba, drumming ensembles and traditional dance groups, in schools, universities and in communities locally and internationally. He has published several works for choirs and directed stage productions and music concerts in Germany, Spain, and Italy. He is sought after as a music director, clinician, adjudicator, producer, pianist and is regarded as one of the best educators in Traditional African choral and African indigenous music and dance.

About the University of Johannesburg

The University of Johannesburg (UJ) is a vibrant and cosmopolitan university, striving towards global excellence and stature. With an emphasis on independent thinking, sustainable development and multiple partnerships, UJ is an international university of choice. UJ Arts & Culture, a division of the Faculty of Art, Design & Architecture (FADA), produces and presents world-class student and professional arts programmes aligned to the UJ vision of an international university, anchored in Africa, dynamically shaping the future. A robust range of arts platforms are offered on all four UJ campuses for students, staff, alumni, and the general public, to experience and engage with emerging and established Pan-African and international artists drawn from the full spectrum of the arts. 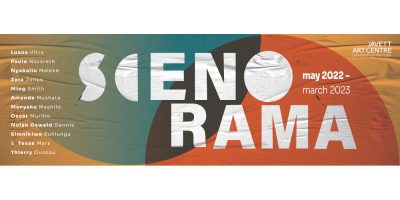 As a world-class art centre, the Javett Art Centre at the University of Pretoria aims to go beyond the traditional functions of a museum or gallery. 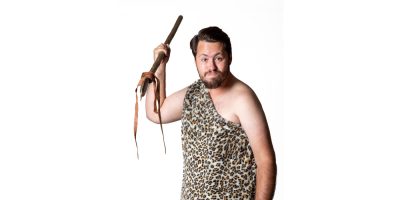 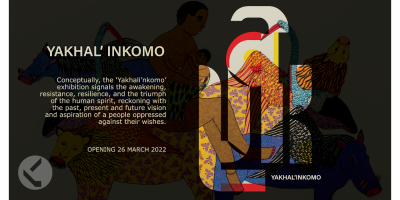