Jared Beukes: Reading a concert programme can give a concertgoer an advance impression of the kind of experience they might undergo. A little knowledge on the works programmed, of the soloist, and of the conductor can go a long way – and previous experience of each can go much further. But they can only go so far. No concert can be heard in advance, no feelings can be felt before they arise. And the foretold experience of a concert is a slender mirage that melts away as soon as the first real notes are played.

Take, for example, the first concert of the Johannesburg Philharmonic Orchestra’s Winter Symphony Season. I read, first, that the young Venezuelan flautist Joidy Blanco would be the soloist, playing Mozart’s Second Flute Concerto (K. 314), and that the conductor Robert Moody would then direct the JPO in Beethoven’s Seventh Symphony. The whole endeavour would be kicked off by Mozart’s overture to Cosi fan tutte. I read, second, that Blanco would be replaced at the last minute (due to travel complications) by Liesl Stoltz, the highly accomplished South African soloist whom we have been fortunate enough to hear at the JPO before, and that Stoltz would be replacing Blanco’s scheduled encore with a virtuosic showcase of her own choice.

Knowing what I know about Stoltz, Moody, Mozart, and Beethoven, I quickly drew up some ideas of how the evening would go. There would be some difficulty in the orchestra (as there invariably is on opening night) keeping precisely in sync for the Mozart. Stoltz would play decorously, and would dazzle in her encore. The Beethoven would roll out with inevitable boisterousness, just as it has a hundred times before, and would linger (uninvited) in my head for the rest of the week. (The Beethoven was last played by the JPO just eighteen short months ago.) I also harboured the quiet hope that Moody – a cheerful American southerner – would address us before taking the podium for the Beethoven, as he had done so memorably at his JPO début in 2019, conducting Brahms’s Third Symphony.

I was right about the imprecision of the Mozart, but didn’t expect the great glee that came from beginning to end of both the overture and the concerto. Cosi fan tutte’s overture is a rare masterpiece that packs both eager excitement and tender beauty into four and a half minutes, and the energy that Moody and the JPO built together served the rest of the evening marvellously. Stoltz delivered handsomely in the concerto, and marshalled great and gratifying ostentation for her encore: a Waltz, from a suite by the French Romantic Benjamin Godard, fired up with scales and arpeggios and fantastic leaps between her registers, and playful countermelodies from the other woodwinds. It was exactly what was needed after a polite performance of Mozart.

I was right, again, to expect Moody to speak up after the interval. But being right stopped there, and did not prepare me at all for the experience that followed. Moody’s speech was no piety, but hearty affection for Beethoven, and a sensitive speculation on the connection between what he called “the Beethoven growl” – a rumbling half-step motif that can be found in each of Beethoven’s nine symphonies – and the composer’s rage over his hearing loss. He pointed out the three moments and instrumental parts where we would hear it in the symphony, and entreated us to remember the furious emotion with which Beethoven infused this famous work.

Depending on whom you ask, the Seventh Symphony is either one of the great accomplishments in human history, or just irritating nonsense. If it’s played politely and straightforwardly, by an orchestra that cares about getting the notes right but not the wildness, its lopsided harmonies and hammering repetitions can sound pretty pointless, which is exactly what I prepared myself for.

But Moody and the JPO had a different idea. They began simply enough, with a nice slow introduction and careful A-major scales passed around the orchestra, but soon unleashed a buzzing, blustering energy that brought out Beethoven’s full rock-and-roll madness. Beethoven wrote the symphony in a burst of patriotism during the Napoleonic wars (it was premiered at a charity concert for wounded soldiers), and Moody highlighted the kick-stomping triumphalism and severity of the music. So unstoppable was his energy that the last big-bang chord of the first movement slipped right into the first (now very loud) chord of the dark second movement, without so much as stopping for a breath. The brio of the symphony continued right to the final cadence, which was met with a roaring ovation from the grateful audience. If this is what being wrong sounds like, I wouldn’t ever want to be right again.

Take, for a second example, the following week’s concert, at which Tchaikovsky’s Fifth Symphony was programmed. This is another symphony that’s been heard more times than a regular listener can count, and yet another that was played relatively recently by the JPO. Again, I expected a repeat-experience of the last time it was played (enjoyable, yet forgettable), and, again, I was delightedly disproven.

This symphony was conducted by Daniel Boico, who is the principal guest conductor at the JPO, and another rousing energy from America. And what he roused will stay with me for a very long time hence. I could fill out the next few paragraphs listing the many virtues of the performance, but I will limit my report to three important ones: deliberateness, precision, and a blazing big sound.

But also, it would be wrong of me to go on praising the playing without stopping to mention that the French horn solo in the second movement was played with heart-stopping tenderness and warmth by the always-superb principal horn, Shannon Armer. She has played it thus before, and is a valuable JPO asset that yields consistently high returns. Deservedly, she received the loudest cheers of the night.

Boico began the piece very, very slowly – ponderously slowly. Tchaikovsky has given the tempo indication Andante, which means the pace of a moderate walk. Boico gave the pace of a glacial funeral march, a submission to cold Russian fate that seemed to slip out of time. As the slow introduction ended and he arrived at Tchaikovsky’s Allegro con anima (lively and with spirit), even that continued at a rather measured pace. Instead of skipping along, as the melody usually does, it strode, underpinned by a booming descending bassline in the trombones and tuba. And each phrase – each bar – was executed with stunning precision and alignment throughout the whole ensemble. Strings, woodwinds, and brass articulated in sympathy with each other, and drove one another to greater intensity.

The effect of these deliberate tempi and clear precision was to bring out many of the felicitous musical ideas that Tchaikovsky has filled his music with, that can get lost in other performances. I heard enchanting countermelodies in the clarinet, enthusiastic contributions by the tuba, even loud rumbles in the horns and timpani, and bright punches in the trumpets, that had never rung out to me so clearly. Tchaikovsky’s score seemed even richer than before – which is a great feat when playing music already so well-known and well loved. And the greatest pleasure was the immense sound with which it rang out; the orchestra filled the entire Linder Auditorium with sound, and then pushed even further and seemed to fill the entire city. I sat in the very back row in the very top level of the hall – as far away as one can be from the stage – and the trumpets sounded as if they were playing right in my ears. By the end of the evening (also met with a resounding roar from the audience), nothing in the world sounded as if it could stop the irresistible forces of the JPO brass and their triumph in E major. 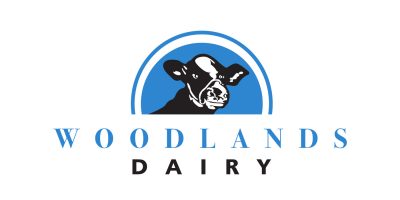 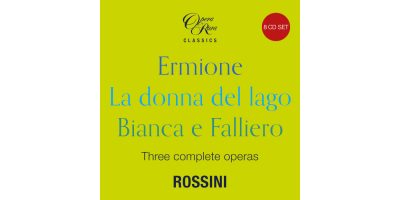