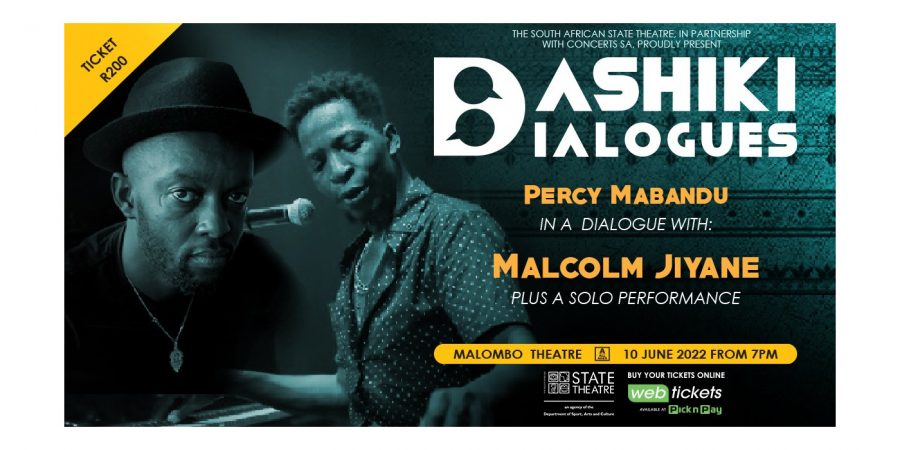 The South African State Theatre is excited to announce the second instalment of the Dashiki Dialogues with Percy Mabandu as he sits down for an inspired dialogue with the marvellous multi-instrumentalist, Malcolm Jiyane. This instalment of the Dashiki Dialogues takes place on 10 June 2022, 19:00 at The South African State Theatre’s iconic Malombo Theatre.

Jiyane is at the crest of a leading league of young jazz masters who’ve been defining South African music over the past decade. A much sought-after collaborator, a master trombonist with a unique voice and a virtuoso pianist who is also an imaginative composer, Jiyane has had quite a storied life both on and off the band stand.

Shaped both by boyhood struggles, and artistic inspirations on Johannesburg’s East Rand region; Jiyane’s life reads like an emblem of how art education saves children’s lives. As a child he lived for a time at Kids Haven, a home for orphans and other children in need. He was then taken under the wing of the late great music teacher and trumpeter, Johnny Mekoa, before growing to become a world touring musical marvel. His recently released record, Umdali is a culmination of his story as a growing man and creative musician.

Dashiki Dialogues with Percy Mabandu is a series of conversations and performances that celebrate virtuosity and luxury craftsmanship. The series brings renowned arts journalist and writer, Mabandu into wide ranging exploratory dialogues with leading creative men and women in art, jazz and beyond. The probing and meditative conversations are underscored by a solo performance by the featured artist showcasing their unparalleled capacity as instrumentalist and virtuoso craftsman.

Malcolm Jiyane is a composer and multi-instrumentalist best known for his work as trombonist on some of South Africa’s leading jazz bands. He is also an astute drummer and pianist. His recently released album, Umdali is fast gaining him global notice among jazz critics and lovers alike.

Percy Mabandu is a leading writer and journalist who works at the intersection of art, jazz and political economy. He is the author of Yakhal’inkomo – Portrait of a Jazz Classic, a book about the classic 1968 record by Winston Mankunku Ngozi. In Dashiki Dialogues, Mabandu dives into exploratory dialogues with virtuoso craftsmen and women in art, music, and beyond. 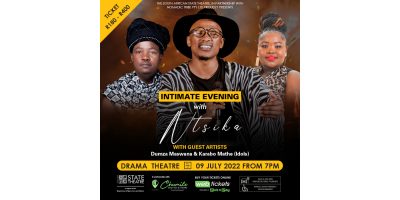 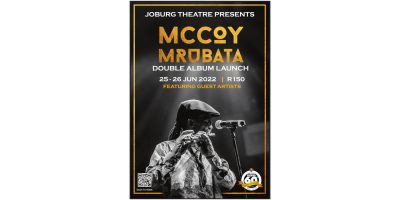 As a revered elder and member of South Africa’s jazz echelon, McCoy Mrubata invites us to pause and reflect with these two elegant projects.