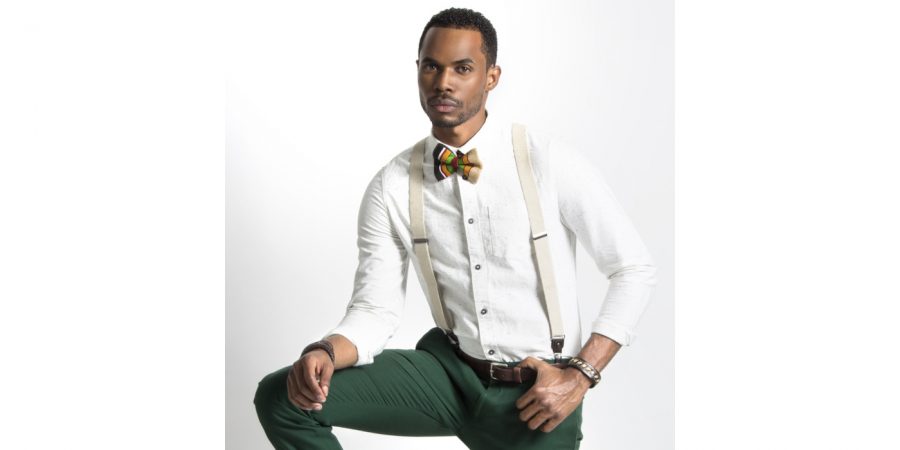 International model, actor, author and photographer Stevel Marc will soon be seen on television screens globally, as the eagerly anticipated 2-part mini-series Theodore Roosevelt, with Leonardo DiCaprio being just one of the Executive Producers, releases globally on The History Channel on Monday, May 30th.

This two-night premium documentary event Theodore Roosevelt will explore the breadth and depth of one of history’s most interesting men—a cowboy, soldier, statesman, conservationist, adventurer, reformer and author who suffered profound personal loss and became at age 42 the youngest president of the United States, having a monumental impact that is still felt today.

Jamaican born, South African based Stevel Marc plays a key role, that of Booker T. Washington, who was an advisor to several presidents of the Unites States, including Roosevelt. Between 1890 and 1915, Washington was the dominant leader in the African-American community and of the contemporary black elite.

Stevel Marc explains; “Being a part of the Theodore Roosevelt Docuseries is something I’m immensely proud of. To play such a pivotal character in Booker T. Washington is an important moment for me. Washington was an educator, reformer, and orator – the most influential black leader of his time, preaching a philosophy of self-help, racial solidarity, and accommodation. Of course, to be executive produced by Leonardo DiCaprio is the icing on top for me.”

Theodore Roosevelt releases globally in over 21 territories, to an expected audience of millions over Memorial Day Weekend in the United States, also including UK, Japan, India, Singapore, South Korea, many countries across Europe, United Arab Emirates and more. Plans for a South African release will be later this year.

While South Africa waits for this release, local audiences who missed seeing the award-winning The Mauritanian at the cinema during Covid-19 lockdown, can now enjoy seeing Stevel Marc performing alongside the mighty Jodie Foster, Benedict Cumberbatch, Shailene Woodley and Tahar Rahim. The Mauritanian has recently been uploaded onto PrimeVideo for South African viewers (Amazon Prime for international viewers) to experience this explosive true story of a fight for survival against all odds.

Based on the New York Times best-selling memoir, The Mauritanian reveals the gut-wrenching story of how Mohamedou Ould Slahi (Tahar Rahim), a Mauritanian man, was held for fourteen years (from 2002 – 2016) without charge in the Guantanamo Bay Detention Camp, a United States military prison. Jodie Foster won a Golden Globe for her portrayal of his Defence Attorney Nancy Hollander. The film also garnered 5 BAFTA Nominations.

Marc states; “Working on The Mauritanian was fantastic! To be able to tell such an important story among such talented global award-winning actors and director is every actor’s dream. I learned a lot, and it’s an experience I’ll always treasure.”

May 2022 marks an important milestone in Stevel Marc’s career, where he celebrates 21 years of making the decision to make South Africa his career base.

Born in Portland, Jamaica to humble beginnings, as a teenager he was discovered as a model by Saint International Modelling Agency. This presented numerous opportunities for international modelling contracts presented to him for London, New York , Europe and Asia. The teen decided to take the contract he was offered, in South Africa. Within two days of landing in the country, he was already on set of a major clothing brand campaign for a massive ad campaign, making him the face of the brand, and the rest, as they say, is history.

The stylish Marc is now one of the most recognisable faces and voices for many significant campaigns – from major clothing lines to luxury bands to banks, alcohol brands and airlines, and others in between.

Stevel Marc began auditioning for film roles in his early twenties in South Africa while shaping his craft at the Johannesburg Civic Theatre. In 2008 he enrolled at the New York Film Academy (NYFA) and TVI Actors Studio in Los Angeles, California to study and successfully completed his film studies.

To date, Marc has notched up an impressive list of television and film credits including Professionals (with Brendan Fraser and Tom Welling), the popular local series Lockdown and uBettina Wethu (where he’s currently filming the 2nd season), Noughts & Crosses, Holiday in the Wild, Black Sails, Of Good Report, Hooten & The Lady and many more.

When asked recently why he continues to have South Africa as his professional base, he smiles and shares; “I love South Africa. It’s that simple. The journey so far has been fantastic. There is something profound about seeing what you’ve visualised and prayed for, coming to life. Being able to say ‘I remember when this was a prayer’ ”.

He has shared a heartfelt video on his social media, talking about leaving Jamaica as a young teen and heading to an unknown country to him, South Africa with just one bag, $50 in his pocket and a dream.

A bag that he still keeps with him to this day.

Acting career highlights include working alongside the likes of William Hurt in The Challenger Disaster, Brendan Fraser and Tom Welling in Professionals, Tahar Rahim, Jodie Foster, Shailene Woodley and Benedict Cumberbatch in The Mauritanian, Kristin Davis in Holiday in the Wild, Tony Stephens in Black Sails to name but a few.

Stevel Marc is also an author with his debut book The Refined Player: Sex, Lies, and Dates now available worldwide as a paperback or an e-book.

As to the future? Marc grins and says; “I’m working on an incredible global project that I can’t speak of right now, but it’s got me buzzing. I can’t wait to tell everyone. Regarding the future, it’s a space of endless possibilities. I’m thankful for the last 21 years, I’m grateful and I’m ready for all future possibilities.” 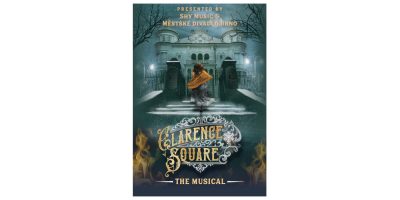 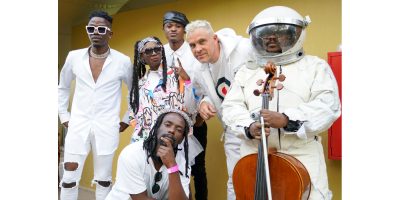 Danish pop star Bjorn Vido join forces with the JoBurg Rap legends the Trallavelle Twins in a new single and music video “Singing down from Mars”.