Kunene and the King national tour

Kunene and the King national tour premiers at Joburg Theatre.

“How do you put a nation’s history on stage? In this remarkable play, John Kani – as formidable a writer as he is an actor – does it through a confrontation between two men who represent polarised aspects of the South African experience. Marking 25 years since the country’s ﬁrst post-apartheid democratic elections, the play becomes an exploration of race, class, politics, theatre, and the potentially unifying power of Shakespeare.

“Michael Richard plays Jack Morris, a cantankerous old actor who hopes to overcome severe liver cancer to get to Cape Town to play King Lear. Kani himself is Lunga Kunene, a retired career assigned by an agency to tend this querulous thespian. While claiming to be apolitical, Morris embodies the reflex attitudes of white supremacy and consistently, when talking to Kunene, refers to “you people”. Although refusing to be a spokesman, Kunene recounts how his own dreams of being a doctor were thwarted, not so much by his Soweto upbringing as by the vengefulness of “comrades” towards his storekeeper father for seeking to transcend the divisions of the apartheid era.” – Michael Billington, 2019

Directly from the West End at the Ambassador Theatre in London, Joburg Theatre & John Kani proudly present the premiere of Kunene and The King as well as the national tour, directed by Janice Honeyman. Kunene and the King makes its return to South African theatres with performances commencing at the Joburg Theatre on 27 May thereafter moving onto the Playhouse Theatre and Mandela Bay Theatre Complex in July 2022. After a successful run in Stratford –upon-Avon in 2019, Kunene & the King premiered to a sold-out house at the Royal Shakespeare Company’s Swan Theatre before continuing to sell out houses at their stint at the Fugard Theatre in Cape Town. The show described as “rich, raw and shattering” (The Times), certainly impressed critics and audiences alike.

”We are thrilled to partner with theatre doyen such as John Kani. It is pivotal to always tell our stories as we introspect on history and look forward to building a brighter future as a nation. Theatre is a vehicle, even though at times always overlooked, it is the key driver in building the generation of storytellers”, says Xoliswa Nduneni-Ngema, Chief Executive Oﬃcer at Joburg City Theatres.

Penned by actor and playwright Dr. John Kani, Kunene and the King is set 25 years after the country’s ﬁrst post-apartheid democratic elections and tackles head-on the personal implications of the supposed new equality. Listed among the top 10 best plays produced by the Royal Shakespeare

Company in 60 years. John Kani was presented with the Pragnell Shakespeare Birthday Award in 2021.This remarkable play is directed by Janice Honeyman, starring the incredible South African cast, John Kani and Michael Richard.

“Kunene and the king has been a special gift to me as a writer. I wrote the play to deal with some questions that I had within myself. And when I ﬁnished writing the play, I sent it to a friend of mine, Sir Anthony Sher at the Royal Shakespeare Company, because I had him in mind to play this wonderful character, Jack Morris. We, opened the play at Stratford in April 2019. What a joy! What a celebration! We transferred to the Fugard Theatre for a few performances, and then we took the West End by storm. It gives me great pleasure to bring my play back to South Africa, for the people I write for and to get the opportunity to be at the Joburg Theatre. Being at the Mandela theatre is almost completing a journey that I have been going on for a long time. Thank you to the Joburg, theatre management and everybody who supported me in this journey. Meet me at the Joburg Theatre on my way to the Playhouse in Durban, and to the Mandela Bay Theatre complex. Kunene and the King asks, we fought for liberation. We fought for freedom. We ended up with democracy.

What is democracy?” says John Kani.

This rich and raw exploration of race, class, and politics will be staged at The Mandela at Joburg Theatre from 27 May until 19 June 2022 before it jets oﬀ to other theatres around the country. Limited tickets are available in line with the COVID regulations on www.joburgtheatre.com or by calling 0861 670 670. Kindly note that persons under the age of 15 will not be allowed into the show.

Sent on behalf of Joburg Theatre by HM Entertainment 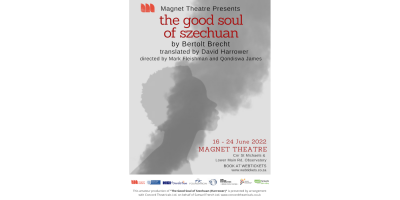 Magnet Theatre is proud to present the graduation production of the sixth cohort of the Fulltime Training & Job Creation Programme. 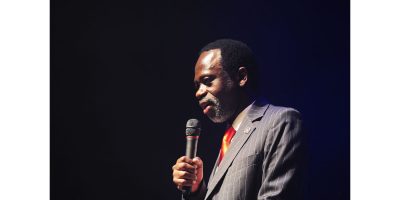 NCT presents Under The Baobab Tree