Winning this year’s Fleur du Cap Lifetime Achievement Award was not the only triumph for multi-talented theatre doyenne Sandra Prinsloo at tonight’s (27 March) prestige gala ceremony at Nederburg in Paarl.

The much-loved and widely awarded actress of the stage as well as the big and small screen, also took the 2022 award for best performer in a one-person show. This was for her depiction of Elsa Joubert in Spertyd, the stage adaptation of the famous South African writer’s memoir on ageing, loss and acceptance.

Prinsloo (74) had excelled on stage, in local and international film and on TV over many years, said Lizelle Malan of Distell, the sponsors of the annual Fleur du Cap Theatre Awards. “During the course of her rich and varied career, Ms Prinsloo has played an extensive array of characters, imbuing them all with individuality, humanity, nuance and depth. She has been a mentor and inspiration to generations of actors and has contributed readily and generously to South African theatre. She has played no small part in the international recognition it enjoys.

“Her re-imagining of author Elsa Joubert with such steely grace, humour and courage in Spertyd is just one example of her immense talent. We are proud to be associated with her well-deserved achievement and hope she continues to bring her talents to audiences long into the future.”

Prinsloo already holds the Arts and Culture Trust (ACT) Lifetime Achievement Award for Theatre, given in 2013. In 2014, she received the Order of Ikhamanga (silver) from Government. Melane noted that at the time she was lauded not only for her excellent contribution to the performing arts but also for her use of the creative arts to take a stand against racism. She was hailed as “the pride of the country’s cultural community”.

In 2018, she won the Lifetime Achievement Award from the Naledi Theatre Awards.

Hers was not the only multi-win of the gala presentation night, dubbed a bittersweet occasion by Malan.

“For the theatrical fraternity to gather in person after two years, is an experience of joy. Yes, it is suffused with sadness after so much suffering. But it comes as a signal of hope, a mark of return to vitality of an industry severely battered by Covid, venue closures, loss of life and income. We know there is still a long road to recovery, but the greatest tribute we can pay to the courage of those who belong to the South African stage is to continue the fight until theatre is back in full force.

“What gives us optimism is not just the depth of local talent but also its thrilling range. Many new names join the ranks of the country’s foremost artists. Young and experienced players performing mainstream and experimental, classical and new works of both international and indigenous origin show an industry rich in opportunity and mentorship, ensuring its longevity.”

Valsrivier, adapted from the novel by Dominique Botha, was the most highly awarded production of the night. Anna-Mart van der Merwe won the award for best actress, Peggy Tunyiswa, for best supporting actress and Wolf Britz, for best lighting design.

Amongst the double-award winners was A Howl in Makhanda, a semi-autobiographical play about safety and surveillance, written and directed by Qondiswa James, who also won the award for best new South African script. Composer Jannous Aukema won for the play’s best sound design and original composition.

Malan said the sponsors were especially proud to be involved in the showcasing and advancing of local new talent in Sipenathi Siqwayi, who directed Ganga Nyoko! Inzima Nyoko! (Catch, Brother! It’s Hard, Brother!), a two-hander in isiXhosa and English.

“Makudupanyane Senaoana’s win as best male singer in Curlew River and Siphokazi Molteno’s as best female singer in the opera Così fan tutte, highlight yet another generation of voices coming into their own as they give expression to international classics.”

Malan also commended the Magnet Theatre that won this year’s Award for Innovation in Theatre for its Early Years Theatre Incubator Project. Since 2014, Magnet Theatre has been developing African theatre for pre-school audiences. It not only creates and incubates new uniquely South African and African work for staging locally and abroad but also provides training in acting and stagecraft.

Melane stressed that developing and nurturing audiences for the future was essential to the sustainability of the industry. “The creation of new work for children ranging from zero to seven years of age can only be lauded. Often it is this work that provides audiences with their very first encounter with live performance. Can you imagine a greater honour as a performer?”

Magnet Theatre has toured extensively on the continent as well as abroad with productions incubated in the project, exposing their full-time trainees to collaborations with trainee participants from Cameroon, Kenya, Nigeria, Uganda and Zimbabwe.

Winners were announced in 19 categories this year. Musical performances in plays were merged with those in musicals and music shows, given the limited number of musical events staged in 2020 and 2021.

BEST PERFORMANCE BY A SUPPORTING ACTOR IN A PLAY, MUSICAL OR MUSIC THEATRE PRODUCTION
Siya Mayola | Master Harold… and the Boys | Willie

BEST PERFORMANCE BY A LEAD ACTOR IN A PLAY, MUSICAL OR MUSIC THEATRE PRODUCTION
Desmond Dube | Master Harold… and the Boys | Sam

Winners each receive R15 000 and a silver medallion.

The 2022 Fleur du Cap Theatre Awards were audited by The Finance Man, with legal services provided by Cluver Markotter.

Note to the editor:

The Fleur du Cap Theatre Awards is sponsored by Distell, Africa’s leading producer and marketer of a selection of top-quality spirits, wines, ciders and other ready-to-drink (RTD) beverages, sold across the world. At inception in 1965, the awards were known as the Three Leaf Awards, becoming the Fleur du Cap Theatre Awards in 1978 to celebrate one of Distell’s leading wine brands. Go to www.distell.co.za for more information about its various arts and culture projects.

Join the conversation and use the hashtags: #FDCTheatreAwards2022 and #DistellArts 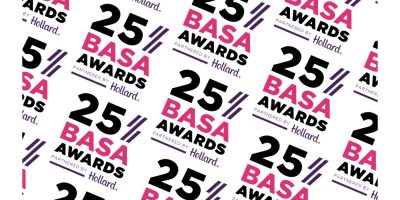 The Annual BASA Awards, partnered by Hollard, has recognised and celebrated over 300 business and arts partnerships to date. 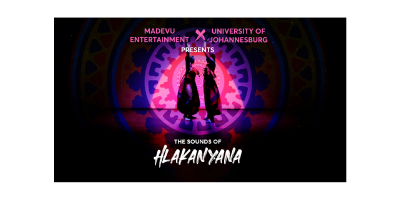 ‘The Sounds of Hlakanyana’ won the Award for Best Public Performance at the 7th Humanities and Social Sciences Awards 2022. 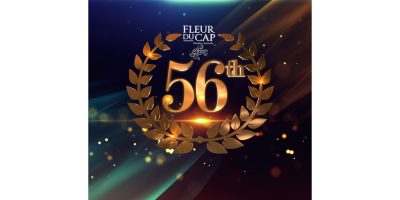