The Javett Art Centre at the University of Pretoria (Javett-UP) | Mar 9, 2022 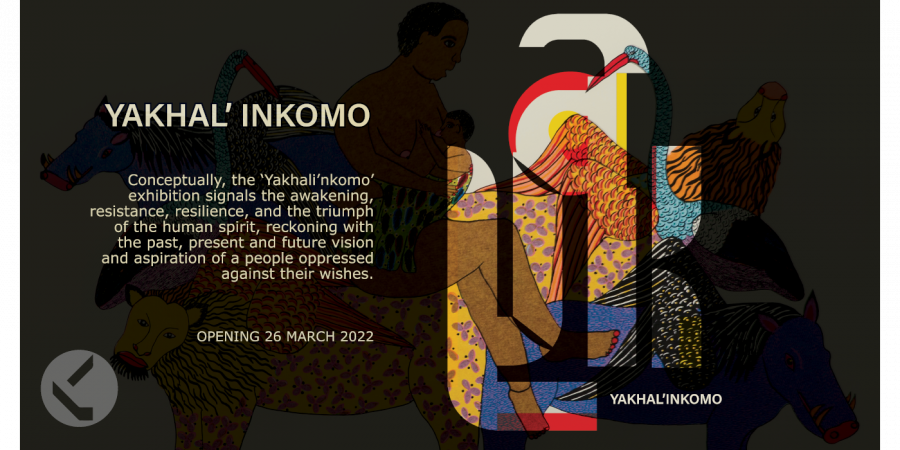 On 26 March 2022, The Javett Art Centre at the University of Pretoria (Javett-UP) proudly opens the much-anticipated Yakhal’ Inkomo exhibition, the first curatorial iteration from the Bongi Dhlomo collection, guest curated by Tumelo Mosaka, assisted by Sipho Mndanda and Phumzile Nombuso Twala. Yakhal’ Inkomo will run until 15 January 2023 and will be at the heart of Javett-UP’s 2022 education mediation and public engagement programming.

The Bongi Dhlomo Collection features both Dhlomo’s own works and several lesser-profiled artists working in the same South African historical period (1960-1990). Inspired by Dhlomo’s passion and activism in the arts and for black artists, Mosaka sought to understand what this specific period meant for Dhlomo and black artists in general, not only visual but across all genres. Both the exhibition concept and title arose out of these conversations.

“I started asking what was at risk and who was the art for? What were the conversations happening among them as creative beings? There are shifts and changes depending on the decade, and when one looks at the work, even though there are familiar tropes, such as ‘township art’, there are nuances that open doors and questions that exist and have not been dealt with,” says Mosaka.

The title, Yakhal’ Inkomo, which translates as “bellowing bull,” is borrowed from saxophonist and composer Winston Mankunku Ngozi’s 1968 jazz masterpiece Yakhal’ Inkomo from the same period. In this song, the ‘bellowing bull’ metaphor crying to be rescued before slaughter stood for black people’s victimhood under apartheid. The musical composition Yakhal’ Inkomo captured the sound and cries that were not permitted, instead expressing the mood and feeling of suffering through the rhythms and sound of the horn. The bellowing bull cannot be silenced.

Mosaka drew on the “bull” metaphor to characterise this time and thematic content, steeped in symbolism in Africa; the bull embodies strength, hope, material wealth, resilience and spiritual connection. Drawing from both the collection and other artistic expressions from the same period, Mosaka seeks out conceptual linkages that address how physical and imagined realities offered opportunities for artists to explore their subject positions under apartheid.

The works will be arranged around concepts of alienation, nostalgia, mobility, and spirituality, taking a thematic approach rather than a chronological approach. However, notable historical moments such as the 1960s Sharpeville Massacre and the 1976 Soweto Uprising will be highlighted to demonstrate the creative and sensory experiences that responded to these traumatic events.

“The most earring energy about this title and its historic context is that the birth of Winston Mankunku song – Yakhal iNkomo 1968 – was out of an apartheid inflicted trauma on a ‘black’ body, it was in response to the continuing erosion of human dignity during his time. We are now three decades into the liberated free democratic society within which the manifestation of trauma is still very prevalent to the same body in particular. This is an irony of a post-apartheid South African liberated society. The curatorial concept and process begins to respond to this persisting trauma via creative artistic processes. It calls for revisiting our histories to learn-anew on how to use culture to confront corrupted power,” said Lekgetho Makola, CEO of Javett-UP.

Yakhal’ Inkomo aims to incite, inspire and sustain new engagement with various creative forms that are at the heart of articulating a raw and truthful experience of apartheid. The exhibition will be accompanied by an extensive educational and public engagement programme taking place at the Javett-UP, online and in locations around Gauteng. It will feature film screenings, conversations, workshops and performances.

Come to Javett-UP from 26 March for the official opening. The entry fee and details are as indicated on www.javettup.art

Should you wish to book in advance, don’t hesitate to contact bookings@javettup.art.

The Javett-UP is a space that enhances unique and exceptional transdisciplinary learning through the arts. We engage diverse publics in exploring the human condition and reimagining our futures.

The Javett-UP is a partnership between the University of Pretoria and the Javett Foundation. Both share a firm belief in the value of the arts for society in general and education. It’s a project that is collegiate as it is philanthropic. With one foot firmly rooted in academia, and the other embedded in the public, Javett-UP aims to make the pan-African artistic practices accessible, relevant and engaging.

Researching the arts lies at the very heart of the work of the Javett-UP. We aim to set new benchmarks in art curation, conservation and education. The fact that the Javett-UP is part of the University of Pretoria’s research, teaching and learning resource means that this is a place not only for enjoying art but for learning about it, too. At the Javett-UP, learning and enjoying are two sides of the same coin. Both are valued, and both are encouraged. 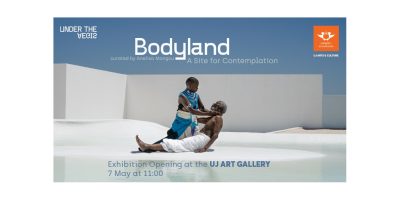 BODYLAND – A Site for Contemplation

UJ Art Gallery presents ‘BODYLAND – A Site for Contemplation’ curated by Anelisa Mangcu from 7 May to 3 June. 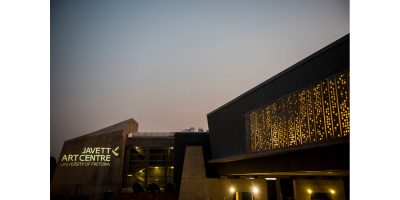 Situated in the heart of Tshwane, The Javett Art Centre at the University of Pretoria is the home of countless pan-African artistic practices. 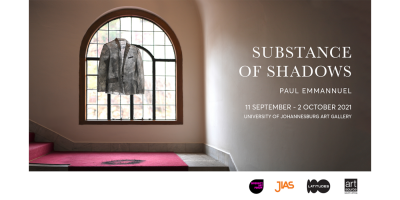