Matthew Mole & The One Who Sings at Sun-Set@Baxter 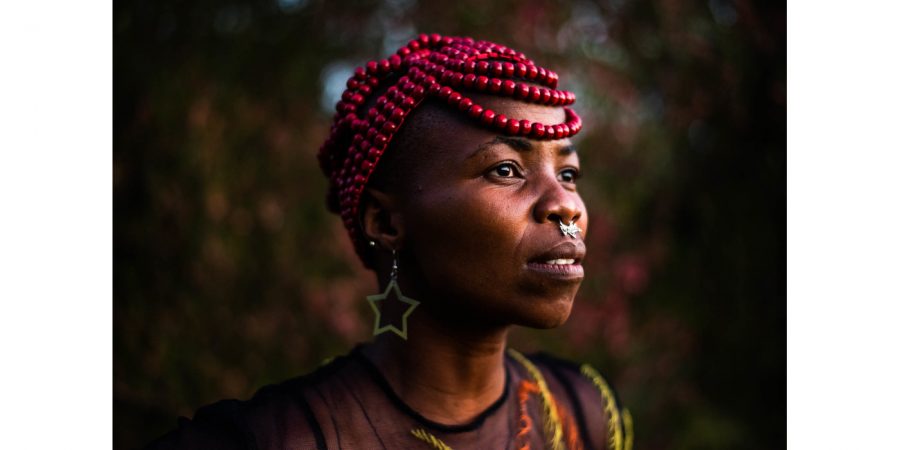 Matthew Mole and Zolani Mahola, The One Who Sings, join the exciting line-up of summer concerts, Sun-Set@Baxter, in December 2021 and January 2022.

SAMA award-winning artist Matthew Mole, and Fleur du Cap winner, Zolani Mahola, The One Who Sings, join the stellar programme on 19 December 2021 and 30 January 2022, respectively. Their performances follow that of SAMA-nominated musician Majozi, who received a resounding standing ovation from the sold-out audience, as he kicked off the series on Sunday, 28 November 2021.

Having won the South African Music Award for pop album of the year with his third album, Ghost (2019), Matthew Mole is well-versed in using multiple instruments to create his hits, all of which he plays himself. His approach is to start with a melody or lyrical idea and then fill it out by recording various instruments into his works.

His latest hit, I’m with you, an indie-pop gem, is testament to why his fans have come to appreciate his eclectic approach to love songs and music in general. This is the chance for Cape Town audiences to catch pop sensation, Matthew Mole, before he jets off to expand his career among his European fanbase.

Zolani Mahola, who now goes as The One Who Sings, will perform songs from her recently released debut solo album, Thetha Mama, on 30 January 2022, at 6pm. She is no stranger to The Baxter’s stage, where she launched her solo career by writing and performing in her one-woman show The One Who Sings, in 2019. She won the prestigious Fleur du Cap award for Best Actress in a musical or music theatre in 2020, for her performance.

Storyteller, soulful singer, award-winning actress and an inspirational icon, The One Who Sings, is well-loved and respected by South Africans for unifying the country through music and bridging social, racial, and cultural divides.

Since the start of her solo career in 2019, The One Who Sings has performed with multiple Grammy Award-winning cellist, Yo-Yo Ma in January 2020. Later that same year, she revealed her first solo single ‘Remember Who You Are’ ahead of her solo album, Thetha Mama, which has just been released to great reviews. Sun-Set@Baxter audiences will be some of the first to experience – live – her unique new sound, which she describes as “a modern folk-infused style, with electro-soul and a touch of Amapiano.”

This spectacular line-up of top South African artists performing on The Baxter’s lawns is the perfect summer experience for the entire family to enjoy. With more spectacular artists set to be announced for March and April 2022, audiences are encouraged to bring along their picnic baskets and blankets, while enjoying sensational music. Only alcohol purchased from The Baxter’s bar will be permitted.

Picnic baskets can be ordered from The Baxter restaurant at an additional cost, when purchasing tickets.

Performances will be regulated by lockdown regulations at the time, with all COVID-19 protocols in place and to be observed. These include the availability of hand sanitisers, tracking and tracing recorded, temperature checks, mandatory wearing of masks and practicing of physical distancing. Audience members are advised to arrive early to avoid delays.

Tickets for Matthew Mole on 19 December 2021 and Zolani Mahola, The One Who Sings, on 30 January 2022, are R225 and are available through Webtickets online at www.webtickets.co.za/baxtertheatre or Pick n Pay stores. Doors open at 17:00, with performances starting at 18:00. 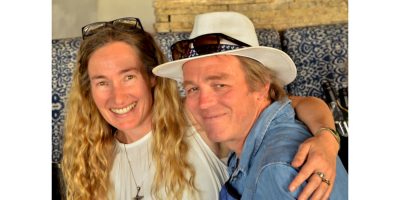 Valiant Swart holds an auction to support his wife

Serious illness, whether your own or that of a loved one, has a huge impact on the lives of everyone involved. 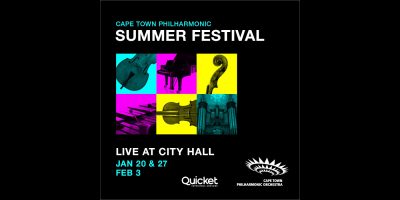 The CPO is back live at the City Hall

The Cape Town Philharmonic Orchestra has three concerts – with big repertoire and amazing soloists – in its live Summer Festival beginning on January 20. 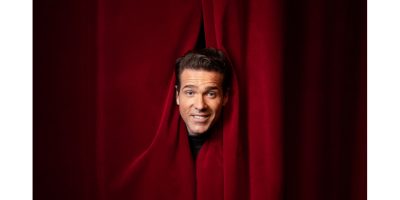