Historically the period spanning from March 1951 to March 2021, culminated into the 70th anniversary of DRUM magazine.

Since August 2020 DRUM magazine, perhaps owing to the Corona Virus 2019 (COVID-19) pandemic and the forthcoming demands of the fourth Industrial Revolution (4IR), transitioned to become South Africa’s weekly fully digital magazine. It however still claims to target ‘black’ South African readers, offering them news, entertainment and feature articles. Fascinatingly the motto of the ‘Abantu Book Festival’, founded in 2016 by activist-author Thando Mgqolozana, reads as follows ‘Imagining ourselves into existence’. This motto captures, what DRUM magazine has already achieved, through its miscellaneous content. Historically the period spanning from March 1951 to March 2021, culminated into the 70th anniversary of DRUM magazine. It is suspected that among DRUM’s ‘black’ urban readers, during and post-Apartheid South Africa, most of them hardly knew that this monthly later weekly magazine, was only named DRUM in September 1951, after the then media novice James Richard Abe Bailey (1919-2000) or Jim Bailey, took it over.

To be sure, we learn from Michael Chapman’s anthology ‘The Drum Decade: Stories from the 1950’s’ (1989), that historically “Drum came into existence in Cape Town as a monthly magazine in March 1951, under the title ‘The African Drum’, and was financed by a three-man consortium, which would soon be headed by Bailey, who had inherited part of the fortune left by his father, the Randlord Sir Abe Bailey”. Besides venturing into DRUM with its first editor, Indian born Robert James Crisp (1911-1994) or Bob Crisp (a Springbok cricketer and author), Jim Bailey also founded the currently defunct Sunday paper ‘The Golden City Post’ in 1955. This may explain why by May 1965, when DRUM was on a decline, it survived as a fortnightly supplement to ‘The Golden City Post’. Jim Bailey later sold the latter, to the ‘Argus Company’, in 1971. After trying to revive DRUM in 1968, Naspers finally bought it in 1984. Today DRUM’s parent company, is ‘Media24’. Notably Jim Bailey’s financier father, Sir Abe Bailey (1864-1940) accumulated his mining capital, alongside his English descended Cecil John Rhodes (1853-1902). To the dismay of decolonial activists, both men posthumously, continue to etch out their legacies in South Africa. Uppermost in mind, is the ‘Sir Abe Bailey Travel Scholarship’, the ‘Rhodes Scholarship’ and the ‘Mandela Rhodes Scholarship’ (MRS). As a Sir Abe Bailey Fellow (since 2006), I continue to question why DRUM’s link, with the Baileys is downplayed.

After DRUM’s initial lacklustre four publications (from March to June 1951), reflected a commercial flop, Crisp was blamed for failing, to grasp the full extent of the urbanizing process, in what Lewis Nkosi (1936-2010) in 1965, later dubbed as the ‘fabulous decade’ from 1951-1961. Jim Bailey secured his editor of choice, after Crisp resigned in November 1951. Jim Bailey’s subsequent decision to then shift DRUM’s offices, to Number 62, Eloff Street Extension, Johannesburg, proved to have been a masterstroke. Observably Jim Bailey’s foundational choice of editors for DRUM, were lily ‘white’ males. DRUM’s second editor Anthony Sampson (1926-2004), lasted from 1951-1955. He was Jim Bailey’s fellow Englishman and an ex-Oxford college mate. Sampson’s experience with DRUM, is penned in his two books, ‘DRUM: a venture in the new Africa’ (1956), later republished as ‘DRUM: The Making of a Magazine’ (2005). The third editor was South Africa’s Sylvester Stein (1920-1990), from 1955-1958. His experience is shared in ‘Who Killed Mr. DRUM?’ (1999). The gist of the latter book, focuses on the 1957 murder of the first ‘black’ South African investigative journalist, at DRUM Henry Nxumalo, nicknamed ‘Mr. DRUM’.

Nxumalo was later joined by Todd Matshikiza (1921-1968), Bloke Modisane (1923-1986), Can Themba (1924-1968), Lewis Nkosi, Arthur Maimane (1932-2005), Es’kia Mphahlele (1919-2008), Casey Motsisi (1932-1977) and Nat Nakasa (1937-1965). Stein’s book may have inspired the movie ‘DRUM’ released in 2004, starring American Taye Diggs. The aforesaid book may also have inspired Siphiwo Mahala’s play ‘The House of Truth’, performed in 2017 by Sello Maake Ka-Ncube, starring as Can Themba. The fourth editor was another Englishman and Oxford graduate, Sir Thomas Hopkinson (1905-1990). He took over, from 1958, the length of his tenure is unclear. At twenty-six years old, Dave Hazelhurst (1938-2015) became the youngest DRUM editor, he served for two years. Stanley Motjuwadi (1930-1989) and Kaizer Ngwenya count among the first ‘black’ editor and sub-editor of DRUM. All the above deplorably exposes DRUM’s patriarchal staff appointments, since its inception. It is at present refreshing to take stock, of some womxn that joined DRUM. They include Bessie Head (1937-1986), the first womxn Editor in Chief and a life-long agony aunt ‘Sis Dolly’ -named after singer Dolly Rathebe (1928-2004), Liz Khumalo (who passed away in 2003), former DRUM womxn’s editor Dolly Hassim, the current ‘Sis Dolly’ Pearl Ramotsamai, past editor Makhosazana Zwane-Siguqa from 2011-2015 and the contemporary editor Thulani Gqirana. Phambili ngeMbokodo!

Selected sources about DRUM include, magazines for the period 1951-1960, housed at the Killie Campbell Africana Library (University of Natal, Durban), the Natal Society Library (Pietermaritzburg), the Johannesburg Public Library, the South African Institute for Race Relations (SAIRR) (Johannesburg) and the Bailey’s African Photo Archives (Johannesburg). Also see Es’kia Mphahlele’s autobiography ‘Down 2nd Avenue’ (1959), David Rabkin’s doctoral thesis at University of Leeds, ‘Drum Magazine (1951-61): And the Works of Black South African Writers Associated With It’ (1975), Dorothy Woodson’s ‘Drum: An Index to Africa’s Leading Magazine, 1951-65’ (Madison: University of Wisconsin (1988), German native and past Drum photographer Jürgen Schadeberg’s memoir entitled ‘The Way I see It’ (2017) and this year’s undated ‘DRUM Anniversary Issue: The Beat Goes On!’ (2021). The above sources, are complemented by the Johannesburg Institute of Advanced Study’s (JIAS) virtually recorded, ‘DRUM@70 Symposium’, hosted on the 19th and 20th of March 2021. Perhaps at the present, the South African public may be forgiven, for being oblivious to DRUM’s 70th Anniversary, especially when considering the ‘new normal’, enforced on all and sundry since the advent of Covid-19. What cannot be forgiven however is the haughty silence of the Department of Sports, Arts and Culture (DSAC). Such ahistorical amnesia, must be overcome particularly if we are serious, about decolonizing our history. 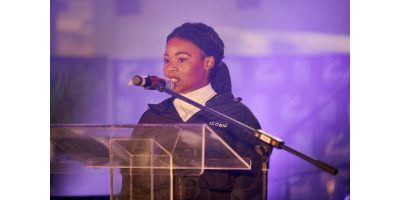 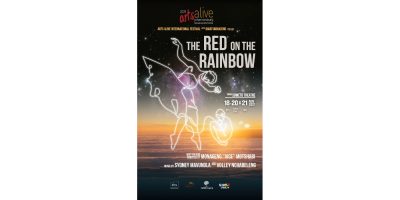