Snapped premieres at The Baxter 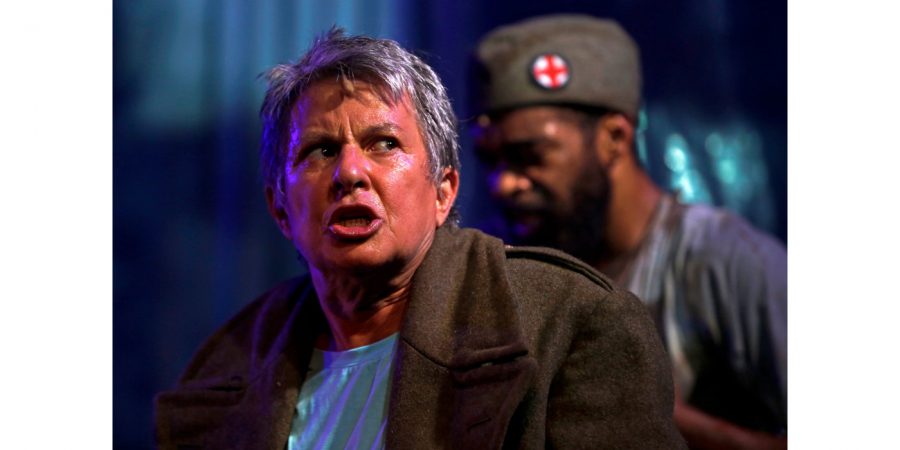 Magnet Theatre’s latest production, Snapped, premieres at The Baxter for a short season, from 16 September to 2 October 2021.

Magnet Theatre’s latest production, Snapped, a companion piece to the hugely successful I turned away and she was gone, premieres at the Baxter Flipside, from 16 September to 2 October 2021, at 19:00 with Saturday matinees at 14:00.

This brand-new two-hander explores themes so relevant in the current climate, sensitively and creatively dealing with relationships between fathers and daughters and what it means to be a good man. It tackles loss and grief (and what it takes to overcome these), mortality, as well as the futility and destructive nature of war. True to Magnet Theatre’s award-winning signature style, this latest work is an immersive experience inside a visual archive with striking imagery and photography.

Written and performed by Jennie Reznek and directed by Mark Fleishman, it also features Magnet graduates Carlo Daniels who plays the father, an unknown stretcher bearer and various other characters and Sithyilelo Makupula, who join Jennie and Carlo onstage as ‘crew’.

The play intersects two stories – that of a woman stuck in grief for her father and of a South African stretcher bearer from the Cape Corps stuck in a grave in Italy after the Second World War, unable to return home to his family and his country. Delicately presented, there’s warmth, immense creativity and a touch of humour, in a meditation on several visceral themes.

Loosely drawing on the journey into hell in Dante’s Inferno, the woman finds the stretcher bearer who becomes her guide into the hell of the Second World War, in which her father fought and into the hell of her own grief.

Layered with multiple themes, Snapped is a celebration of the resilience of human creativity as it cuts through, and finds ways to deal with, these difficult themes. With an unflinching gaze at mortality, the 80-minute work is visually arresting, moving and powerful theatre that takes the risk to unpack one of the hardest aspects of the human condition. Like grief the story does not proceed in straight lines, instead it curves and circles back on itself, in a poetic musical progression.

The title refers to ‘snaps’ – photographs that become remnants of peoples’ lives. Photographs and how images are captured, retaining their vibrancy long after the subjects have gone, are intrinsically woven into the narrative – light and dark. Light is the element that captures images but is also a reminder of its opposite – the darkness of emptiness, absence and loss.

“I wrote the play during lockdown, explains Reznek. “Although it has been brewing ever since my father died, 16 years ago. Once I had made I turned away and she was gone, which dealt with a relationship between a mother and her daughter and was in response really to my own mother’s death, the space opened up for this new work as follow on”.

She continues, “In Snapped I look at a woman’s relationship with her father and the impossibilities of dealing with his death and his absence from the world. It also is an encounter with a rich archive of photographs and films that my father left in this world when he died. The play uses these photographs and images from this historical archive as an integral part of the performance.”

Performances will be limited to a capacity of 50 audience members as regulated by lockdown Level 3 restrictions with all COVID-19 protocols in place and to be observed. These include the availability of hand sanitisers, tracking and tracing recorded, temperature checks, mandatory wearing of masks and practicing of physical distancing. Audience members are advised to arrive at least 40 minutes before the start of the performance to avoid delays.

Booking is through Webtickets online at www.webtickets.co.za or at Pick n Pay stores. For discounted school or group block bookings, fundraisers or charities, contact Carmen Kearns on e-mail at carmen.kearns@uct.ac.za or Leon van Zyl at leon.vanzyl@uct.ac.za. 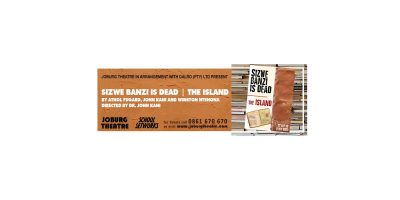 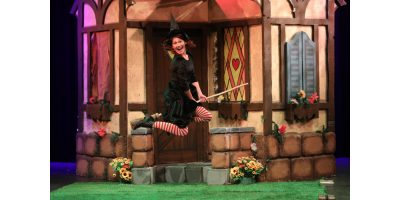