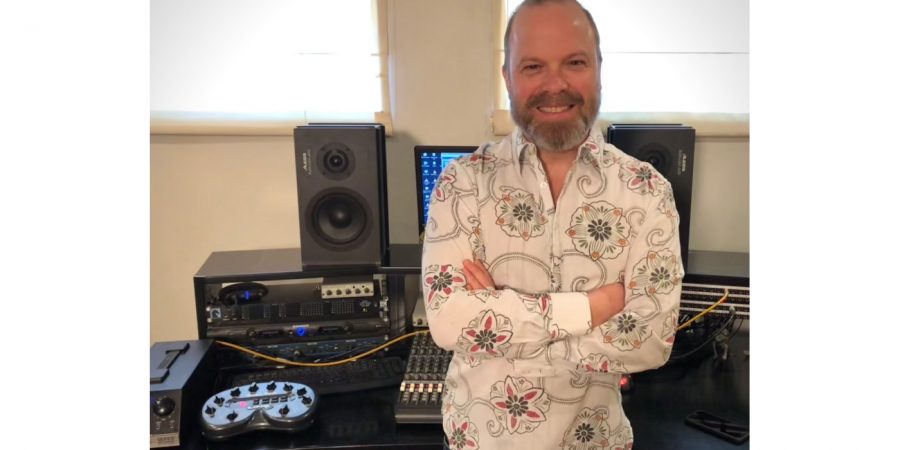 Songsmiths are giving budding South African singer/songwriters the opportunity to submit their original music for their music catalogue.

Whether you’re in the music industry, but unsigned, or just have a passion for writing music and you’re not sure what to do with it – Songsmiths are giving budding South African singer/songwriters the opportunity to submit their original music for their catalogue! They are looking for music across all genres.

Songsmiths is a platform where unsigned singer/songwriters can showcase their talent, build up a fan base and access opportunities in music.

They are an indie record label and publishing house based in Johannesburg, South Africa, owned by the multi-talented American producer and musician, Rob Luce.

Since launching in late 2017 and their first project release in 2018, they have been steadily building up their catalogue which now includes 20 rock, pop and experimental tracks from some very talented South Africans – both in the industry as well as from other walks of life.

Songsmiths are now wanting to expand their music inventory by reaching out to any aspiring singer/songwriters and undiscovered talent, or to make contact with those unsigned artists in the industry that might not necessarily know how to get their music published.

The record label feels there’s no better time than now, while the live elements of the industry are still in limbo, to seek bigger, better opportunities for the exciting South African music under their banner.

Songwriters, if you play and sing original songs and feel your songs can compete with the best in the business, send Songsmiths a recording. The recording quality does not need to be at studio level; it’s the quality and authenticity of the song-writing that is being gauged.

Pick up your guitar or sit at your piano and hit record on your phone.

E-mail your demo – either audio or video – to Rob of Songsmiths at rob@songsmiths.co.za and he will make contact should he feel the magic!

Even if you aren’t chosen for development, there will be options of getting professional advice and exposure online. You can’t lose!

Right from the outset, it’s been important that Songsmiths have looked at ALL submissions, as Rob quickly came to realise; it’s often when you least expect it that you discover “a diamond in the rough.”

One such example is K-Jo and her single The Dilemma.

Kelly Johannes (K-Jo) was one of the first artists to audition for Songsmiths. At that time, The Dilemma was just her vocal and the signature repeating harmonics line played on her acoustic guitar. She had recorded it herself and it sounded great. Her soulful voice had all the space in the world and the ringing guitar was hypnotic. It was thrilling for Rob to listen to.

K-Jo wrote The Dilemma at a time when she was conflicted over whether she should pursue a career in music full-time or go to university to study medicine.

Now, while still a full-time medical student, the success of the single has led to the release of its soulful music video on Thursday 12 August and can be viewed on YouTube at

The Dilemma is a pop song that starts out quiet and melancholy, then builds to a triumphant, orchestral finale, carried all the while by K-Jo’s stunning voice.

Says Rob Luce on producing this single; “I still get goosebumps when she sings the last ‘I’ll do better next time.’ Stunning.”

The single is also available for streaming and downloading across all digital platforms.

Another popular act in the Songsmiths stable is the song-driven rock band, Beautiful Losers.

Their newest single Carry You Home released last Friday, August 6th and is now available for streaming and download across all digital platforms.

These artists and others in the stable, show Luce’s commitment to developing music by untapped talent that needs to be heard, whether it’s by an established artist or an aspiring singer/songwriter with no avenues to get their music listened to. Songsmiths wants to hear it.

Luce explains; “I play, write and produce music because that’s what I love doing. It’s extra awesome to find new talent and bring their music to life.”

He continues; “There’s nothing better than seeing joy on the face of an artist when they first hear their song the way they’ve been hearing if in the head. It’s priceless.”

Hailing from Riverside, Connecticut, USA, Rob Luce has always had music in his blood. He first joined a school band as a drummer when he was 9 years old and has played in various orchestras and rock and jazz bands ever since.

He moved to South Africa in 1999 to work as a visual effects artist at a new video post production facility in Bryanston. His heart was still in music so, when he decided to settle down in SA, he looked for a house with space for a recording studio.

Years later, he has become a skilled producer and thought it was time to turn his hobby into a career. The specific idea that led to the creation of Songsmiths was “I have limited time in the studio, so I want to spend it working with artists I like.”

Get those original songs recorded and submitted to Songsmiths without delay by e-mailing the demo to rob@songsmiths.co.za. 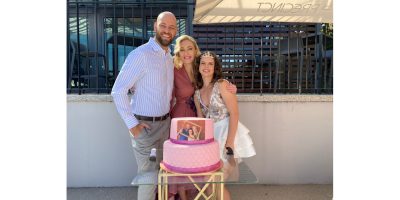 Penny Wolhuter – from Stage to Screen

We chat to Oakfields College graduate Penny Wolhuter about landing a role in SABC3’s new, daily TV series: THE ESTATE. 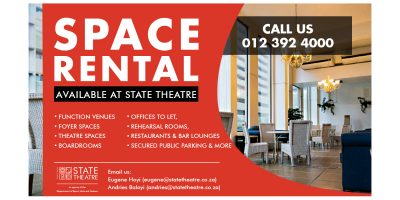 Facilities and venues for hire at State Theatre

The South African State Theatre, the largest theatre complex on the African continent, boasts six theatres and world class facilities that are available for leasing to the public.