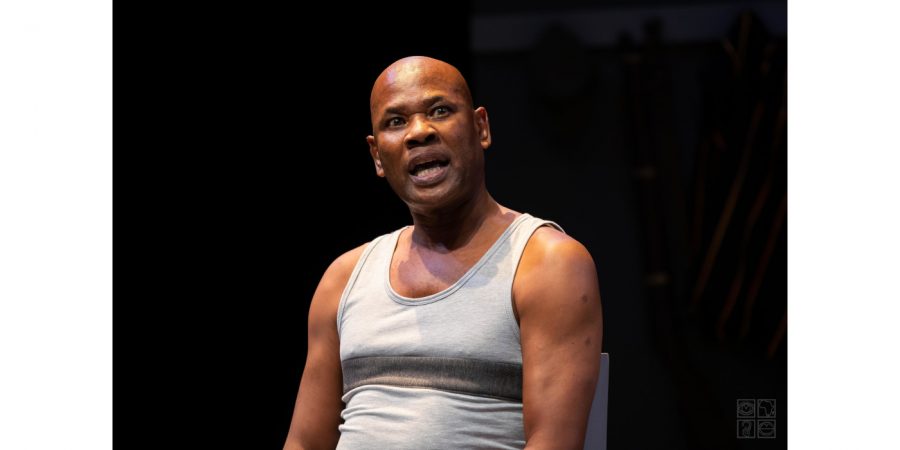 The South African State Theatre regrets to inform the public that veteran performer Bheki Mkhwane will no longer be part of Bopha’s season – starting from 25 May to 13 June 2021- after being booked off sick for four weeks. The SAST and Bopha! team wishes him a speedy recovery.

The show goes on with the writer and director of the play himself, Percy Mtwa taking Mkhwane’s place. Mtwa returns on stage following his masterpiece feature in the 40th anniversary of the theatre classic Woza Albert in 2019 at State Theatre, where he was reunited with theatre maestro Mbongeni Ngema. He will star alongside the legendary Tshallo Chokwe, who himself is a product of experimental theatre, and the industrious TV and theatre actor Terrence Ngwila. The Assistant Director of Bopha, Millicent Tintswalo, who is a product of SAST’s Incubator Programme, will take Mtwa’s reigns as he jumps back on stage.

With just a day only to go for the show to start previewing, ahead of its opening night on Friday this week, Mtwa acknowledges that losing Mkhwane is a setback. “I cast Bheki aware that he will deliver. He is a strong and experienced actor with a special handling of dialog. I have always admired him. With him I believed I found Njandini (character). I am disturbed by him missing the season. We will miss him, and we wish him a speedy recovery.”

BOPHA! (arrest/ resist/ stop) tells the story of a black family torn between loyalty to the apartheid police service and solidarity with anti-apartheid activism, where a schoolboy takes refuge into school political activism in an endeavour to protect his police father from harm because of his indifferent enforcement of apartheid laws against his own.

The last time Mtwa staged Bopha! was in 1987 at the Los Angeles International Festival, where the play became recipient of five Drama Critic Circle Awards for Best Play, Best Director and Best Actor for each of the three actors. After premiering at the Market Theatre in 1985 -featuring performers Radebe, Aubrey Moalosi and Sidney Khumalo- Bopha! proceeded to a national and international tour that included Swaziland, Scotland, England, USA, and Australia. In 1993, the play was adapted into a Hollywood film, which became American filmmaker Morgan Freeman’s directorial debut.

Bopha tickets can be purchased at Webtickets, available online and at Pick n Pay stores nationwide.