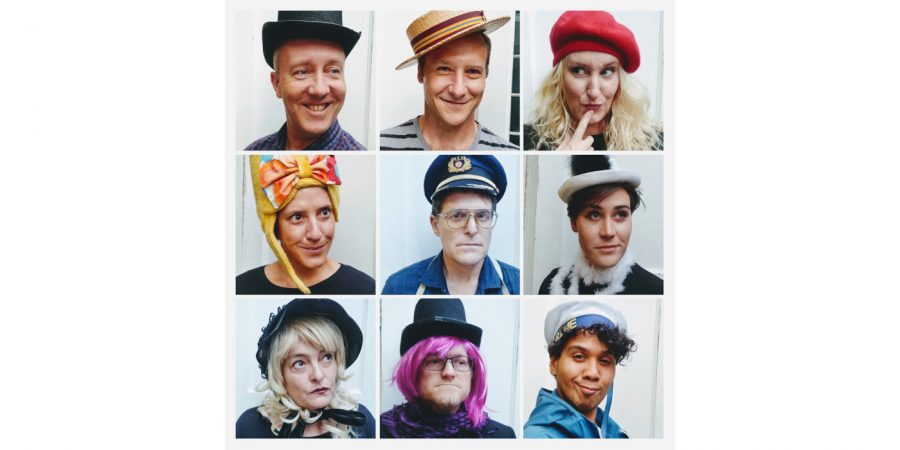 There’s something for everyone with a feast of a line-up this Autumn at The Drama Factory.

From music and comedy to award-winning improv and plays, guests can enjoy a range of quality entertainment in the relaxed and welcoming environment at this popular venue.

Tickets to productions are strictly limited due to social distancing that is in place as part of Covid-19 protocols.

“We’re honoured to be hosting the world premiere of The Unlikely Secret Agent – The Eleanor Kasrils Story from 10 June,” says Sue Diepeveen, Founder of The Drama Factory.

Written and directed by award winning actor and playwright, Paul du Toit, and based on the Alan Paton Award winning book by Ronnie Kasrils, The Unlikely Secret Agent tells Eleanor’s true story of bravery and hope in the face of seemingly insurmountable odds.

“Paul was most recently seen in Two to Tango at The Drama Factory and we look forward to welcoming him back with a stellar cast that includes Gideon Lombard, Sanda Shandu, Ntlanhla Kutu and Erika Marais,” says Diepeveen.

The Unlikely Secret Agent runs from 10-20 June. Lighting design is by Daniel Galloway and Sound Design by Jahn Beukes.

On 5 and 6 June, audiences have the chance to catch Tony Jackman’s award-winning play An Audience With Miss Hobhouse starring Lynita Crofford and directed by Christopher Weare. The play delves into the world of Emily Hobhouse, who devoted a good part of her adult years to bringing the plight of Boer women and children to the attention of her British fellow countrymen. A celebration of the strength and courage of women, comments about An Audience With Miss Hobhouse have included: ‘Engrossing’ (Cape Argus) and ‘Captivating’ (CUE).

Other forthcoming shows at The Drama Factory are:

Nik returns to The Drama Factory for the first time in six hundred and eleventy sixty six days with his imitable brand of lockdown flavoured comedy.

22 May – ImproGuise presents: Game On!

Cape Town’s oldest and most favourite improv troupe are back to share their skills and hilarity! Teams of improvisers, a musician, judges, competitive short form games, wild suggestions from the audience, the very famous fluffy thing, and the craziest imaginations let loose. Don’t miss this!

Written by Duncan Macmillan, performed by Liam Walsh and directed by Jeff Brooker. A tragic comedy, coming of age story with a twist, that uses audience participation to move the story along. 1. Ice cream. 2. Water fights. 3. Staying up past your bedtime and being allowed to watch TV. 4. The colour yellow. 5. The colour yellow. 6. Rollercoasters. A young boy, later a young man, writes list of every brilliant thing he can think of. He tries to uplift himself, and those around him, as he struggles through his mother’s depression and attempted suicide, finds love, and learns that ice-cream can’t solve your problems forever – but maybe listening to an old record can?

‘Both humorous and heartrending, Every Brilliant Thing is an unforgettable night of theatre’ (BroadwayWorld); ‘While in no way downplaying depression or other mental illnesses, Every Brilliant Thing is a heart-warming reminder that there are many tiny, incidental and beautiful moments that make life worth living…Touching, hilarious and honest’ (theatreview.org.nz) ‘One of the funniest plays you will ever see about depression’ (The Guardian)

James Marais and Monique Cassells’ take “A Trip Down Memory Lane”, featuring songs you know and love by artists from the ‘50s, ‘60s, ‘70s and ‘80s.

Limited seating is available due to distancing for Covid-19 protocols, which also includes the wearing of masks.

Book securely online with a credit card at www.thedramafactory.co.za

Established in 2017, The Drama Factory has become renown as a prime destination for patrons to enjoy quality entertainment across a range of genres in a relaxed and welcoming environment. As well as showcasing mainstream productions, The Drama Factory offers creatives a venue to workshop performances, providing an affordable space for artists to bring their creative ideas to life.

The Drama Factory is also home to Speech Focus drama school and hosts a number of training initiatives, including a theatre lighting training programme.