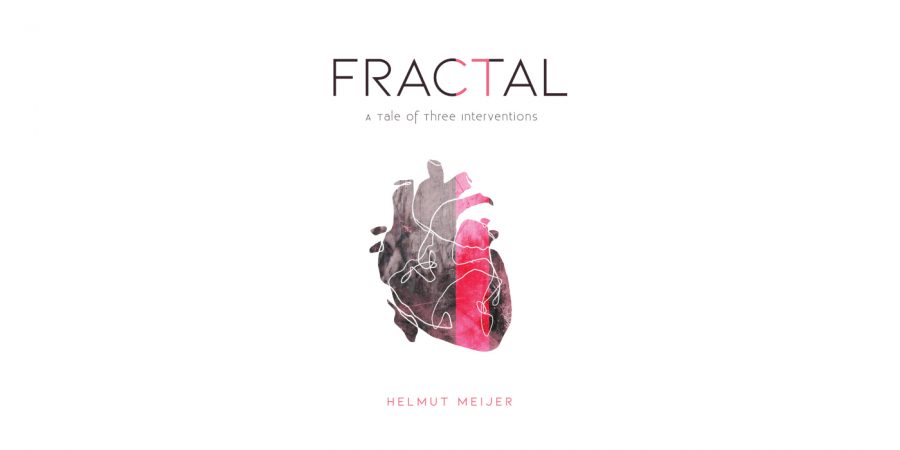 “When it comes to the ‘heart’, countless songs, poems and books have been written on the subject. Yet society deals with matters of the heart in a universally insubstantial fashion. We casually equate the heart with love. And regardless of culture, language and ethnicity, we recognise the heart as central to our lives.

The heart has become synonymous with a myriad of our emotions, convictions and connections – and even our disconnect – to the material world and our human relationships. Yet rarely do we engage with the heart substantially – that is to say factually.” – Helmut Meijer

Helmut Meijer, the well-known and award-winning South African music producer, composer, singer-songwriter, musician as well as a scholar and teacher of the Ancient Hebrew language has just released his first book, FRACTAL – A Tale of Three Interventions.

Meijer originally signed the World Music Group, DNA Strings, who rose to unprecedented local stardom. He also produced and composed thousands of songs for South African and international artists across the spectrum and has won several awards, including ATKV Liers, Namibian Veertjies, Ghoemas and South African Music Awards (SAMAS), but was diagnosed with Coronary Artery Disease in 2015. Having undergone three heart interventions over a period of four years, he felt compelled to tell his story of a ‘broken heart’ in book form as he felt it might be of vital efficacy to many.

The conviction to write this book and share, on the one end, his story of the journey of discovery of the sheer eminence of the heart and on the other end his personal unearthing of the Ancient Hebrew language came during his last heart intervention.

“Like a good song, I believe a good story provides articulation for many people’s own stories,” explains Meijer. “In an obvious sense, the penning down of my story was therapeutic. But more so, I realise that the true beauty of an honest retelling of a broken story, can be of help to so many others.”

This book is an autobiography meets the Ancient Hebrew language and a fusion between non-fiction, philosophy, and religion. It is a beautiful, entertaining and honest retelling of a journey of love and life – through ebbs and flows, gains and losses – but with a clear intention of encouragement and invitation to return to God. “Fractal” pulls you into Meijer’s world and travels from Israel to Switzerland, Kilimanjaro, The Faroe Islands, London, Egypt, Morocco and many other countries and relays his discovery of patterns and habits concerning the heart, weaving into his own odyssey with music, travels and adventures, and insights learned from the language and culture of the ancient desert-dwelling nomads.

“Our hearts are all we have. When we lose our hearts, we are not merely making mistakes; we are losing at the only game we will ever have – life.

I had lost my heart. Utterly.”

“My prayer is that this book will help you connect with your own story, even as I share mine.”

Meijer has produced and composed thousands of songs for South African and international artists across the spectrum and has won several awards, including ATKV Liers, Namibian Veertjies, Ghoemas and South African Music Awards (SAMAS).

One of the first big names he worked with while studying was the DNA Strings, one of South Africa’s best-known instrumental bands. His work on their albums El Niño and Nomad earned him his first SAMAS.

After obtaining his MPhil he founded his own company, Helmut Meijer Music, where he continues to work as music producer, music director, composer, arranger, and musician. In 2015, he co-launched StoneBear & Mayor, a boutique record label that focuses on developing local talent for the international market, with fellow music producer and songwriter Lukas de Beer.

Meijer has worked on a wide range of projects and with various artists over the years. Besides the DNA Strings, other big names include Delta Blue, Abaqondisi Brothers, Heinz Winckler and the American rock band Switchfoot. His work has taken him to many interesting parts of the world, and he has toured England, Scotland, Turkey and Kyrgyzstan as keyboard player for several bands. He also scored the music for South African romcoms Klein Karoo and Klein Karoo 2 (with De Beer).

Despite a stellar career as producer and composer, Meijer’s core passion is singing and he has released several solo projects, the most notable of which is CALEV, which reached number one on South African iTunes Alternative charts.

Helmut regularly travels to and leads non-commercial tours to Israel and enjoys spending time in the outdoors.

Price is subject to change. 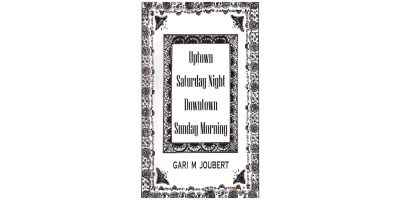