Legal action being taken against NAC

The maladministration of PESP as artists’ relief becomes increasingly urgent has led to legal action being taken by several players.

Hundreds of organisations, companies and individual practitioners in the arts and culture sector have been seriously and negatively impacted by the National Arts Council’s maladministration of the President’s Employment Stimulus Package – a fund totalling R300 million towards both job retention and creation for the sector, that was announced in October 2020.

Following an application process, and having overshot their own deadlines, the NAC entered into binding agreements with beneficiaries. In these agreements, the NAC committed itself to pay amounts to beneficiary organisations to assist them to survive, operate and/or retain jobs during the prolonged national state of disaster caused by the pandemic outbreak of the novel coronavirus, which had forced the majority of the sector to close.

An attempt by the NAC to unilaterally amend signed contracts for lower funding amounts  midway through the programme, saw many aggrieved parties send letters of demands, rejecting the Council’s unlawful actions. These actions would in most cases require organisations to themselves break contracts and trust with those they had employed to fulfil the project demands. In many instances, organisations would be in an even worse situation than if they had not accepted the funding in the first place. In addition, the entire PESP process has been handled extremely poorly, with artists not being notified on the status of their funding grants, having signed contracts but not receiving the promised funds timeously, or being asked to deliver on projects which had been designed for the original base amount, on a grant that had been reduced to in most cases 48% of the original. Some artists have felt they have been bullied into accepting reduced grants because of their dire financial situations.

The sector has responded with outrage and there have been numerous protests including an unprecedented month-long sit-in by frustrated and courageous artists at the National Arts Council offices in Johannesburg. This action is supported by Im4theArts, SAUCCIF, ASSITEJ SA, TADA, TDEA and many other arts organisations.

In frustration at the lack of introspection, course correction or even answers from the NAC’s council and staff, several court cases have been launched to seek legal redress for this outrageous situation.

A case was lodged at the Western Cape High Court on Friday 26 March, spearheaded by ASSITEJ South Africa, with pro bono support from law firm Webber Wentzel, supported by Afrika Burns Creative Projects and UNIMA South Africa. ASSITEJ SA and the other applicants seek relief, reviewing and setting aside the “resolutions” by the NAC to unilaterally reduce promised funding. In addition, ASSITEJ SA and the other applicants seek relief enforcing their ordinary contractual rights under the funding agreements with the NAC, compelling the NAC to immediately pay the balance of the promised funding owed to them. More organisations within the province, many of them also non profit entities, are following suit and seeking legal recourse having had their contracts breached.

As Yvette Hardie, Director of ASSITEJ SA says, “It is utterly unacceptable that after a year of closure and continued uncertainty, the arts and culture sector – the very sector that helped the world cope with lockdown through music, literature, film –  continues to suffer injustice. Artists are, quite literally, starving, and instead of supporting organisations to retain jobs and stimulate the economy, as was the purpose of the grant, the National Arts Council has in fact made organisations more vulnerable and the situation more precarious. We reject any illegal attempts to renege on original signed contracts and demand that the National Arts Council make good on its mandate to support the cultural and creative sector.” 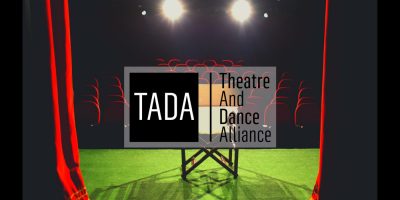 2020 has been a difficult year for the artistic industry amid the National Lockdown Regulations which imposed strict restrictions as a result of the Covid-19 pandemic. 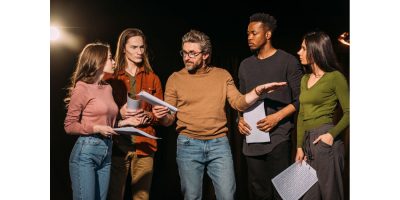 NCT’s call for Directors for 2021 Season

Bring magic to NCT’s stage. Do you want to stage your dream musical, comedy or drama? Now’s your chance!