Kwasha! actors appeal to the theatre of the mind 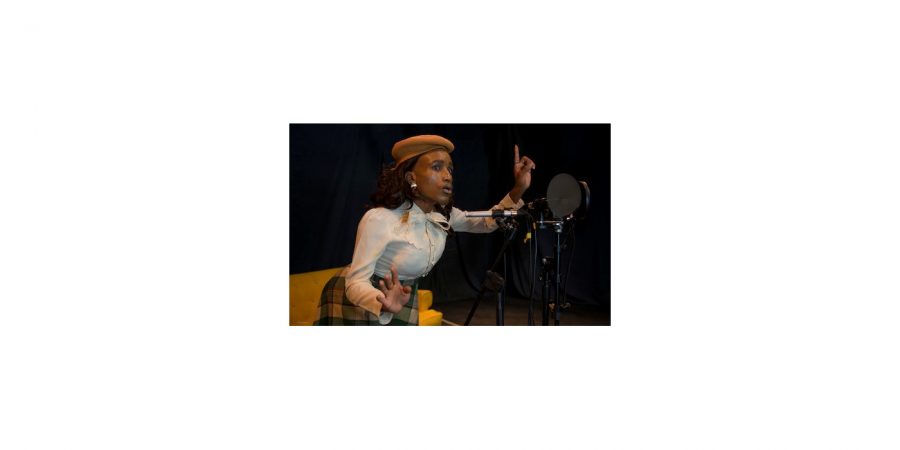 Lesley Stones: Technically, we’re sitting in a theatre, but not for anything that you’d recognise as a stage production.

We’re all wearing headsets and listening to an audio play, even though we’ve come to a physical gathering at Joburg’s Market Theatre from the sheer necessity of human contact.

The event was to launch this year’s play by the Kwasha! Theatre Company, a group formed to give graduates from the Market Theatre Laboratory their first professional job and a guaranteed salary for a year. Except the latest batch of students graduated into a world where theatres were closed, audiences were banned and nobody knew how the hell to survive.

Its members have explored digital opportunities, and worked on various Zoom events including some international cooperations. This week they launched what would normally have been a ‘proof we’re professional’ stage show, but instead of filling an auditorium they turned the absurdist play The Empire Builders by Boris Vian into an audio experience that people can stream for free during February. After that, Kwasha! and its sponsor, the French Institute of South Africa, hope that schools will broadcast the play to interest youngsters in the theatrical arts. They also hope it will be broadcast by radio stations or as part of online festivals.

The play is in three episodes of 20 minutes each, recorded binaurally using two microphones with the sounds transmitted separately into each ear to give listeners a sense of space and dimension.

Although it’s entirely aural, director Dintshitile Mashile found she needed to physically stage it for the actors to properly flesh out their personalities and convey the meaning of their lines. “I needed a couch and a set and costumes so the cast really got into the part,” she said.

At first, she found the whole experience daunting, however, suffering bouts of imposter syndrome. She overcame that with the support of the team and particularly from Clara Vaughan, head of the Market Theatre Laboratory. “Last year we were professionally challenged because we had to stay at home, but something extraordinary happened because we got to make one of the most interesting and diverse programmes of work because of the constraints we were under,” Vaughan said. “I love the fact that we are being pushed into these new experiences and spaces. Dintshitile has shown tremendous courage as a young theatre director in a time when none of us really knows what to do, and she leapt into this challenge with great courage and great success.”

Last year was the 100th anniversary of the birth of Boris Vian, a French playwright, poet and musician. The Empire Builders is an absurdist tragi-comedy based on his childhood experience of the Nazi occupation. It’s the story of a family terrorised by their fears of a mysterious noise and of the Schmürz, a bleeding creature swathed in bandages. Their fear forces them on an upward spiral through their apartment building into progressively smaller rooms, shedding their possessions and people along the way, yet maintaining a façade of denial.

The cast members are Joel Leonard as Father; Sboniso Thombeni as Mother; Upile Bongco as the daughter, Zenobia; Mosie Mamaregane as Mugg the maid; and Wonder Ndlovu as Schmürz and the neighbour. The mood is created by a multi-layered soundscape by sound designer Yogin Sullaphen. You can look at a gallery of photos online as you listen, to help visualise the characters.

We listened to the first episode at the Market Theatre, then I heard the last two sections at home. It’s obviously not the same as watching the action unfold, but the theatre of the mind is a powerful tool. The complex sound in the first episode borders on overkill, often so busy that it muffled some of the words. More than that, it left little room for my own imagination to create the space they were living in, with too many distractions.

The intensity reduced nicely in the second episode, allowing me to concentrate on the words and the unfolding story of moving, losing, fear and confusion. For me, it felt truncated and disjointed in its brevity, especially with no visual clues to guide you. But the actors clearly develop their characters through the intonation and personalities they give them.

Backstage.com describes The Empire Builders as a politically-inspired allegory about the fear of an invisible enemy, and says it’s irresistible not to connect it to current issues. That could be a terrorist threat, or in Vian’s native France when he wrote it, the increased influx of ‘dark skinned immigrants.’ The author died before his play could be produced and scrutinised for its meaning.

“The play addresses themes such as alienation, selfishness, self-deception, prejudice, memory, masculinity, and the incomprehensibility of existence and meaning,” says Mashile.

For South Africa, perhaps there are elements of the damage from apartheid and future dangers of xenophobia. By the third episode the father is alone and contemplative. “We are racing towards the future at full speed, going so fast that we cannot see the present, and the dust raised by pounding feet hides the past from us. Closing one’s eye to the evidence is a method which has never been effective,” he says.

Tune in, and see if it speaks to you.

You can hear the play on www.empirebuildersinsa.org 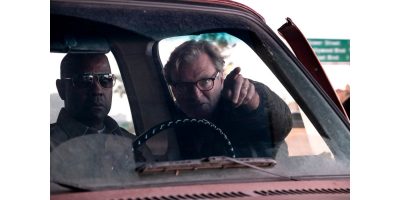 Daniel Dercksen: In The Little Things writer-director explores both the intellectual and psychological sides of solving crimes. 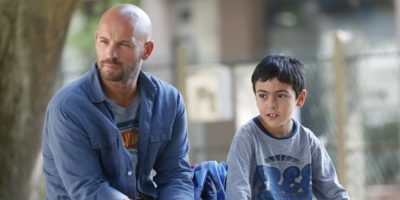