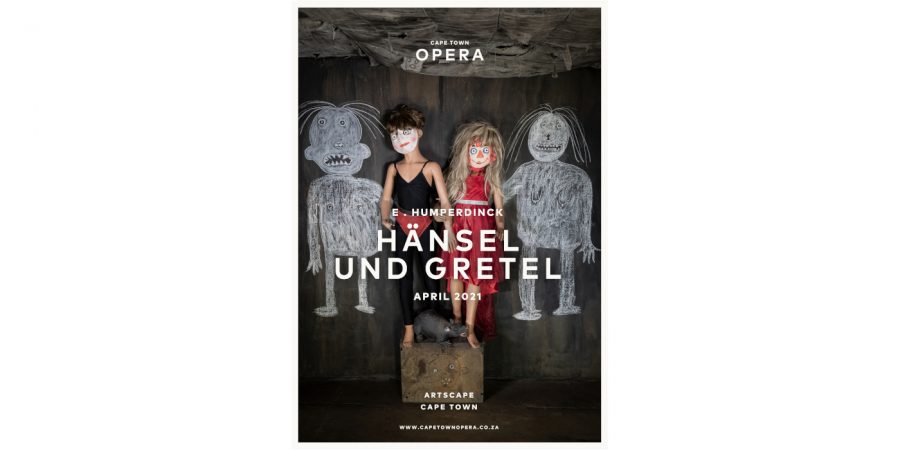 Globally renowned artist-photographer Roger Ballen has been taking pictures for 54 years; while there is a pronounced theatricality in his work, this year will mark his first collaborative involvement in a live theatrical production. Together with Marguerite Rossouw (his creative collaborator for the last 14 years), Ballen will design and implement a singular visual aesthetic for Hänsel und Gretel, a German opera by post-Wagnerian composer Engelbert Humperdinck. Of never having worked on an opera before, Ballen says: “Sometimes in life when you have no experience, when you know very little, you do something really amazing. Not being involved, not being part of the opera world, can be very useful – to step in from the outside, enables the creation of something totally different.” Ballen’s involvement represents something of a coup for the Cape Town Opera production, and is a watershed moment for the artist who, having previously infiltrated the pop-culture sphere by working with art-rap duo Die Antwoord on their 2012 viral video I Fink U Freeky says he has long wished to collaborate on live theatre.

The opportunity arose, as such things often do, out of a chance meeting of creative minds, explains CTO’s Artistic Director, Matthew Wild. “The idea took hold while walking around the Norval Foundation with the gallery’s chief curator, Owen Martin. We got to talking about South African artists we’d love to see making work for the stage; Roger Ballen topped my list.”

Wild says Martin offered to set up a meeting, and within weeks he and Ballen had met to discuss a possible opera collaboration. “Soon after, I approached Alessandro Talevi to direct Hänsel und Gretel, and Alessandro mentioned his fascination for Roger’s work (sparked during a NIROX residency in 2015). So, we asked Roger if this fairy tale subject might interest him, and he was immediately drawn to the idea.”

South Africa-born, Italy-based Talevi, who directs operas across Europe (and also in Japan, South Korea, Israel and the US), is notable for his inventive, sometimes provocative, visual style. Apart from his work with major companies in Europe’s top opera houses, he has drawn acclaim for his experimental stagings of operatic works in unconventional spaces, particularly in London where he kickstarted his career as artistic director of Independent Opera at Sadler’s Wells.

Ballen says he jumped at the opportunity to collaborate with Talevi on Hänsel und Gretel. “What’s important for us is that – whether we are working with Die Antwoord or working with this opera – we want our fingerprint, our aesthetic, to integrate with the narrative and expand it. We want to create almost a new aesthetic out of an old aesthetic.”

This aesthetic – developed over decades – is now so distinctive and recognisable that it is dubbed ‘Ballenesque,’ signalling a unique visual genre with inimitable emotional resonance.

Ballen says he’s aware of an inherent theatricality in his photographic work. “In creating these photographs, we have developed a visual theatre that straddles the space between fantasy and reality, documentary and fiction. I started moving in that direction my photography in the mid-1990s, creating Ballenesque sets. Sets can be built in all sorts of ways. You can make a lovely fairy tale set with happy little butterflies fluttering between the trees. You can do that.

Or you can create sets that represent a state of chaos, a breakdown, sets that reveal psychological instability, so we see the fears – of the psyche, of anarchy. The sets for the opera will feel just like one of our photographs, in which archetypal states of being are represented.”

Physical sets incorporating Ballen’s trademark drawings will be combined with short video vignettes, and Rossouw will design costumes suitable for characters who inhabit a Ballenesque universe.

Embracing the darker undercurrents of the Brothers Grimm source material, Ballen’s uncanny images will intensify the fairy tale’s psychological dimensions, unpicking Freudian anxieties and Jungian shadows. “It will be a grown-up experience that doesn’t pussyfoot around the narrative’s darker, edgier strands,” says Talevi. “I think some exquisite magic will arise out of the juxtaposition of the beautiful score – with its lush, Romantic, Wagnerian quality – and the intense psychological world that Ballen and Rossouw will create. The Ballenesque is, I think, going to cut nicely through the more saccharine moments in the music to reveal the inner meaning of the fairy tale in a way that will surprise people.”

The opera, written to a libretto by Humperdinck’s sister Adelheid Wette, expands on the original fairy tale, adding characters and softening some of the grislier edges of the original Brothers Grimm storyline. “Humperdinck’s synthesis of simple folk-like melodies with Wagnerian techniques created something quite new and distinctive”, says Wild. “In many ways his achievements as a composer remain under-recognised”. The opera’s success was instantaneous; following its debut in Weimar in December 1893, it was picked up by opera houses across Europe and it retains a sacred place in German theatres to this day, where it is a perennial Christmas-time production.

While CTO’s new production will hardly be standard family Christmas fare, it won’t be without humour. “It’s dark, but also naughty,” says Talevi. “The fulcrum of the whole piece is the threat posed by the witch who is going to make people laugh in horror. We intend to make people gasp when they see our conception of the witch’s lair with an oven unlike anything anyone’s seen before.”

Ballen adds that there’s an inescapable – if imperceptible – ‘South Africanness’ in his work. “As far as we’re concerned, there’s no point trying to make this opera feel like southern Germany.

What would be the point? I don’t identify with that. Our aesthetic developed here, in South Africa. Alessandro felt it would be interesting to incorporate aspects of some of my earlier work dealing with poverty and isolation, marginalism and insanity into the opera. And so, parts of that aesthetic will be incorporated into the sets. Hänsel and Gretel’s family home, for example, could potentially feel like some sort of impoverished shack in the platteland. It could feel like that. But it won’t only feel like that.”

While the opera’s world might prove provocative or unnerving, Ballen says he does not set out to create work that is dark. He does not distinguish between light and dark. “It’s not a matter of dark or light, just as nature does not categorise between light or dark. It’s simply our way of expressing our aesthetic. When people see these expressions of the deeper subconscious mind as dark, it’s because they haven’t come to terms with that part of the self. It’s threatening to their stability and ultimately threatening to the social order. When people refer to my work as dark it’s usually because they have a repressed state of mind. The social order that exists in the world wants mediocrity, wants people to conform, and it doesn’t want the self to express itself in any open, far-reaching way. So, what we do is effectively part of the counter-culture. It’s the way we work. It comes naturally to us. And we’re comfortable working in this way because we want to avoid being part of cultural mediocrity.”

* Cape Town Opera’s new Hänsel und Gretel will premiere at Artscape in April 2021. The production brings together a world-class team, including the Cape Town Philharmonic Orchestra, under the baton of Kazem Abdullah. Headlining the cast are Ané Pretorius as Hänsel, Brittany Smith as Gretel, and Bongiwe Nakani as the Witch, known in German as the ‘Knusperhexe,’ or ‘nibbling witch’. 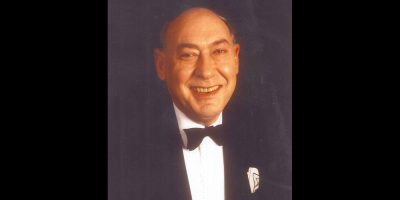 South African entertainment has lost an industry pioneer in Percival “Percy” Tucker, the founder of Computicket who at the age of 92 years, passed away last night of COVID-related complications.