The Kwasha Theatre Company brings Boris Vian’s ‘The Empire Builders’ to life with an immersive audio experience that will be available for the month of February 2021”.

In its third year of support for the Kwasha! Theatre Company, The French Institute of South Africa (IFAS) and The Market Theatre Lab are proud to present French writer Boris Vian’s “The Empire Builders” as an audio experience produced by an exceptional team of creatives.

The audio play, which will take the shape of 3 episodes of 20min each, will be available as a free and open access online experience via the project’s website throughout the month of February 2021, with a series of live listening experiences scattered throughout the month. The project further aims to reach an audience through partnerships with schools, other theatres as well as community organizations and radio stations.

The Empire Builders is an Absurdist tragi-comedy based on Vian’s childhood experience of the Nazi occupation; and written at a time when French colonialism in African and Asian territories was coming to an end. The play tells the story of a middle-class family that is threatened by an unusual noise forcing the family members to ascend through their apartment building to progressively smaller rooms, leaving behind all the comforts they once enjoyed while maintaining a façade of calm and denial.

While the family is constantly on an upward run, their world is increasingly narrowing; floor after floor, members of the family mysteriously leave or vanish. “The play addresses themes such as alienation, selfishness, self-deception, prejudice, memory, masculinity – & the incomprehensibility of existence and meaning. This play effortlessly lends itself to political interpretation and so does South African history which features the absurdity of the human condition at its core”, explains di-rector and Kwasha Theatre Company member, Dintshitile Mashile. “This sense of both confinement and the absurd relates rather well to the 2020 experience: speaking directly to Time and the repetition of history; using radio play as a medium that began way before my time and fusing it with Theatre made for audiences both young and old”.

In addition to having to deliver in all kinds of forms outside the live theatre space this year, the choice to fit this narrative within the form of a binaural audio experience stemmed from The Company’s excitement to experiment with the possibilities to encourage active participation and listenership as well as really affect an audience through a dynamic surround sound audio offering. The play was rehearsed, mapped and recorded in The Barney Simon Theatre at the Market Theatre with a device that enhances the perception of sound with both ears of the listener, as if the listener is in the same world as the players ultimately manipulating space and time. With sound captured and additional elements added by celebrated sound designer Yogin Sullaphen, the piece promises to create a crisp and exciting world and story for an audience to further imagine from.

The Kwasha Theatre Company have had the opportunity to really push their boundaries and innovate from all sides this year, working consistently throughout the year to produce work in various mediums from Zoom to Stage. “The collaboration with Kwasha is about more than simply producing a work for audiences to enjoy. We are also investing in young theatre makers and their skill set in this collaboration, so it is fantastic to see how the medium pushes the performers and director to discover new ways to connect to audiences”, says Selen Daver Cultural attaché at the French Embassy in South Africa.

The creative team becomes greater adding the skills of Karina Lemner and Mpho Malesa as dialect coaches, working specifically to ensure that the story and medium come seamlessly together. Together with the 5 performers talents, direction from Dinthitile Mashile and design from Yogin Sullaphen, the audio experience should take audiences on a journey that not only forces some introspection, particularly about the past year and the structure of our societies, but entertains while doing so too.

The website release will include an image gallery with documenting the process and the recording of the piece by Oscar Gutierrez Audiences are encouraged to simply listen or browse the production stills to enhance their experience of the world created with “The Empire Builders”.

Tune in to “The Empire Builders” anytime throughout February by clicking through from both the IFAS (www.ifas.org.za) and The Market Theatre (www.markettheatre.co.za) websites. The experience is free but donations are encouraged. A campaign that includes multiple live experiences, as well as how you can sponsor the experience reaching schools and communities will be released in January 2021.

KWASHA! the 3rd stand firm in stimulating thought provoking conversations (particularly relating to the human experience), engaging in experimental work that appeals to the hearts, imagination and intellect of their audience by taking both a vocal and physically enchanting and dynamic approach. The company members aim further to create and devise cutting edge work that challenges the different perspectives of narrative in our society on a level of theatre work and thematic. By committing to crash through the glass ceiling, the company members aim to create a broader interest and access to the arts and its spaces.

KWASHA! has in the past few months created various works that were presented in the digital space. The company worked with Standard Bank Young Artist of the Year for theatre in 2020, Jefferson Tshabalala on “Seen Pha kwa JB! Of prose, of poems, of plays”. KWASHA! also embarked on a digital intercontinental play, with three continents and nine countries titled “The Art of Facing Fear” by Brazilian based theatre company Os Satyros Teatro. The company members have recently directed 6 shows for an online festival under the theme The Fluidity of Resistance in collaboration with the POPArt Theatre. Peeling Shadows was a staged production inspired by the pervasive South African Urban Legends that reside in our collective consciousness that had a season run from 30 Oct.

The Kwasha! Theatre Company, a collaborative project between the Market Theatre Laboratory and The Windybrow Arts Centre, was launched in 2018. Each year, six of South Africa’s most exciting emerging theatre makers are identified as members of the company and work together to create an exciting programme of new and dynamic theatre pieces. Some successful works to date include The Little Prince, Currently (G)old and Rhinoceros.

IFAS (THE FRENCH INSTITUTE OF SOUTH AFRICA) As the cultural agency of the Embassy of France in South Africa, the French Institute of South Africa (IFAS) is the operator of the cultural action of France abroad, one of 96 institutes in the world. IFAS organises and supports artistic events in venues and festivals throughout the country. It has strong relationships with various South African partners through artistic projects. IFAS is a platform for co-operation, encouraging cultural diversity and exchanges between South Africa, France and the rest of the African continent. From performing arts to the visual arts, from literature to gastronomy, all cultural fields are honoured. www.ifas.org.za 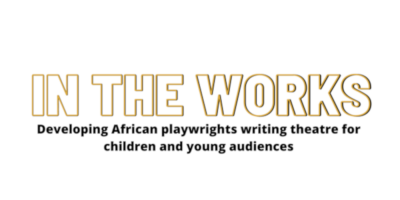