The Outlaw Muckridge at The Baxter 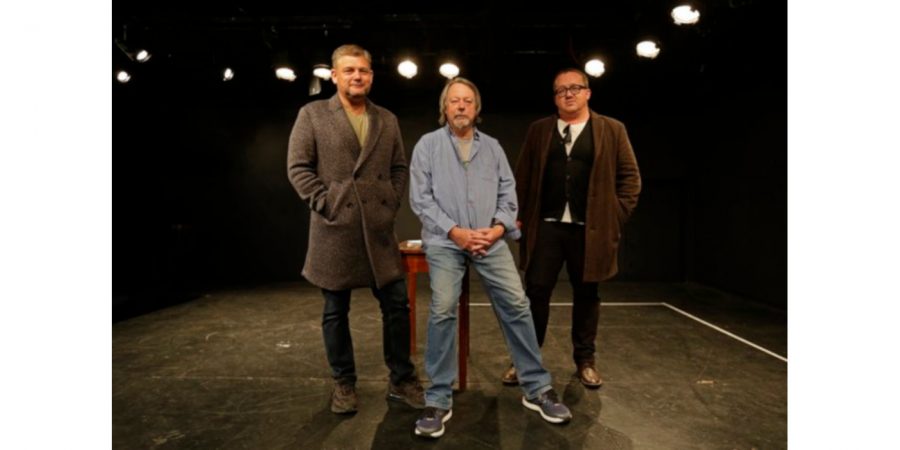 Phenomenal trio of creatives bring brand new play to The Baxter this October.

Renowned radio broadcaster and actor John Maytham teams up with director Alan Committie and writer Louis Viljoen in the world premiere of The Outlaw Muckridge, at the Baxter Golden Arrow Studio, for two weeks only, from 13 to 24 October 2020, at 19:00.

This lethal trio of creatives combine their collective experience and expertise to present the first live stage performance at The Baxter since lockdown was first implemented, some six months ago.

“The script began with an agreement between John and I that it should be a story very much inspired by the lockdown, but not about the lockdown,” explains Viljoen. “Instead of using the pandemic as a plot point, we decided that the emotional cost of isolation and loneliness would drive the story and from there the play was born. My promise to John was to bring him madness and horror; the humour and pathos were natural side-effects of that promise.”

The story deals with a lonely, damaged man who has been taking care of his ailing mother for most of his life. In between bouts of depression and flashbacks to a life filled with emotional abuse and failures, he wishes himself to be a vengeful cowboy out to right the wrongs of the world. What or who he is avenging is not clear, but during one long night of the soul, the man realises that his greatest villain might be himself.

All performances will be limited to fifty percent capacity, with COVID-19 protocols in place as regulated at Level 1 during the national state of disaster. These include the availability of hand sanitisers, tracking and tracing recorded, wearing of masks and physical distancing. Patrons and audience members are advised to arrive at least an hour before the start of the performance to avoid delays.

“I am delighted to be back in another solo performance in this mad Covid world,” says Maytham, who left full-time acting in 1990 for a career in radio journalism – the last 23 years of which have been with CapeTalk. He is currently the holder of the National Radio Awards’ Best PM Drive Show award. Most recently on stage he was seen at the Fugard in Shakespeare in Love and in Richard III at Maynardville. Other moonlighting stage returns over the last 20 years have been David Hare’s Via Dolorosa, Berlin/Wall and A Night in November – all solo shows.

“I am thrilled to be working with two good friends who also happen to be wonderfully brilliant in their respective fields,” says director Alan Committie. “John approached me to direct this commissioned one-person show as a lockdown performance to be broadcast online. Various circumstances saw that opportunity pass us by but now we are excited to be able to bring Louis Viljoen’s latest play to The Baxter, as one of the first live performances of a play at Level 1 during lockdown at the theatre.

“I remember seeing John being brilliant in the David Hare solo show Via Dolorosa many years ago and to now have an opportunity to work with him on this marvellously dark and thought-provoking text is both challenging and exhilarating. “

Committie is widely regarded as one of South Africa’s leading comic performers as well as a writer, director and producer. Over the last 23 years he has written and starred in his stand-up based one-man shows including The Lying King, Classy Clown, Planet Mirth, Love Factually, The Sound of Laughter and numerous others. Committie is also well remembered for his starring role in the long running Broadway hit show Defending the Caveman.

Straight theatre performances include Richard III, Oleanna, Noises off, The Merry Widow, Little Shop of Horrors and Rosentcratz and Guildenstern are Dead.

As a director he has been involved with numerous projects which include Offbeat Broadway 5, The Play that goes Wrong, Cracks in the city, Offbeat Broadway 4, The Comics Choice Awards and Not the Midnight Mass: 21 years. Committie is a two-times Fleur de Cap Best actor award winner (for Richard III and for Rosencrantz and Guildenstern Are Dead) and he received a Naledi Theatre Award for best comic performance for Stressed to Kill. He has a SAFTA award for best supporting actor for Laugh Out Loud

Design is by Niall Griffin and the performance runs at just under an hour, with no interval and there is an age restriction of 18 years.

Booking is now open for The Outlaw Muckridge, at the Baxter Golden Arrow Studio for a limited season, from 13 to 24 October, at 19:00. Patrons are encouraged to arrive an hour earlier to avoid delays and to wear masks as required by COVID-19 regulations. Book at Webtickets on 086 111 0005 or online at www.webtickets.co.za. 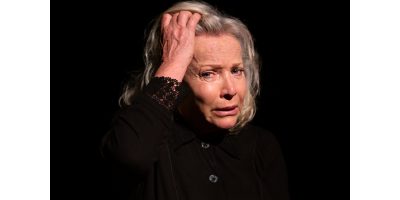 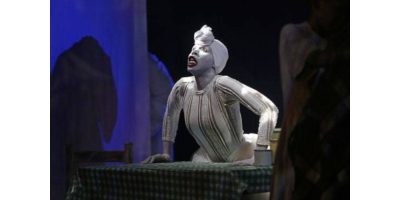 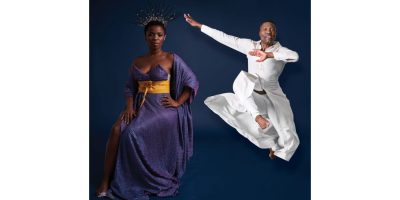 Baxter Back on Stage