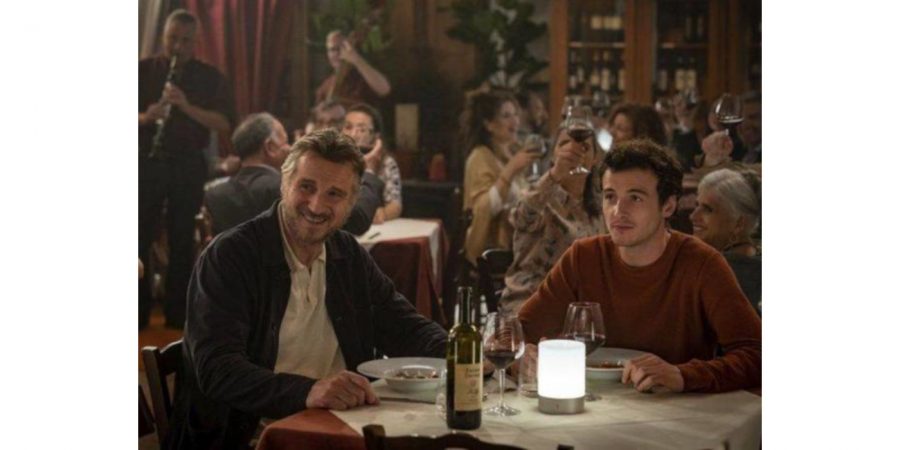 Incidentally, this is the second time these two have worked together, with Richardson having played Neeson’s son in the revenge thriller remake, Cold Pursuit

Made in Italy is a comedy drama written and directed by English actor James D’Arcy, taking his first stab at directing – and he does extremely well in the process. He displays an unerring eye capturing the beauty of the Tuscany countryside, and the often frosty dynamics between a father and his son which drive the story. It touches on paternal abuse and the psychological trauma that ensues but wrapped in a blanket of warmth and understanding.

Underpinning the fractured relationship between father and son is the loss of their mother in an accident. In real life, though, the actors suffered a similar tragedy when Natasha Richardson, Neeson’s wife and Richardson’s mother, died in a skiing accident in 2009.

However, with a divorce pending, the family have decided to sell the gallery which enrages Jack. He decides to buy the gallery by possibly selling the old Italian villa he owns with his alienated father, Robert (Neeson), a famous artist. The house belonged to Jack’s mother and Robert’s wife, an Italian woman who died in a terrible car accident.

The story unfolds as father and son move to Italy. They slowly engage with one another as they set about repairing the old villa, with the help of local builders. Jack also meets Natalia (Valeria Bilello), a divorcee and owner of a quaint restaurant, and there are soon hints of romance in the air.

Lindsay Duncan plays the uptight Kate, the local ex-pat estate agent, who helps guide them in the renovation process and inspires Robert to begin painting again, something he avoided after his wife’s demise.

Though the sentiments of sorrow and loss permeate D’Arcy’s narrative, the director manages to find uplifting moments to alleviate some of the darkness. Visually appealing, with powerfully realised performances from its two key characters, Made in Italy is about faith and rebirth and finding strength from adversity.

Overall, it’s a refreshing site to see Liam Neeson in a more relaxed mode and not chasing bad guys.

A group of annoying children on holiday in Cornwell meet a magical creature called a Psammead on the beach with the power to grant wishes.

This furry little creature, whose stomach expands with every wish he grants, and who lives beneath the sand, is voiced by the celebrated Sir Michael Caine, whose distinctive tones give this entity its character.

Caine must have had enormous fun with this assignment and is one of the few bright aspects of this otherwise dreary children’s adventure fantasy.

Directed by Andy De Emmony and written by Simon Lewis and Mark Oswin, the production is based on Jacqueline Wilson’s novel, Four Children and It which was in turn based on Five Children and It by E. Nesbit.

Matthew Goode, in one of his weakest screen characterisations, plays an English father named David Trent. He has two children, Ros (Teddie-Rose Malleson-Allen) and the shy, insecure Robbie (Billy Jenkins). David is romantically linked to an American woman named Alice who also has two children, the horrid, bad-tempered Smash (Ashley Aufderheide), always glued to her cell phone, and her younger sibling, Maudie (Ellie-Mae Siame). The children meet for the first time when the adults take them on holiday and their insane adventure takes root as they make a series of wishes that don’t exactly turn out for the best. Luckily these wishes only last for a day.

There is an appearance by British comedian Russell Brand as an eccentric landowner named Tristan whose passion in life is to find the elusive Psammead. It drives him crazy and he plays it to the hilt.

It’s all a rather silly affair with few genuinely magical moments and an insipid group of children whose annoying antics would drive any sane person mad. These poor excuses for adults have no idea how to deal with their offspring and what was needed was a healthy dose of discipline.

My wish, however, was that this production could have been a bit more adult friendly.

Peter Feldman has been a journalist and arts critic for almost 50 years and served on The Star in various capacities for 35 years, ending up as a specialist writer on films, music and theatre. During that time, he travelled extensively on assignments and interviewed many international film and pop stars, both in South Africa and overseas. He also covered some of South Africa’s biggest film and musical events. He was one of only two South African journalists to be invited by Steven Spielberg to the Hook film junket in LA in 1991 where he interviewed the famous director as well as Dustin Hoffman and the late Robin Williams. He attended the gala James Bond premiere in London in 1981 and did an iconic interview in a Rolls Royce with Roger Moore who played Bond. He spent a week touring England with Queen prior to their Sun City visit in 1983, interviewed a host of international stars on films sets in Hollywood and London and was the first local journalist to nail an interview with The Rolling Stones prior to their SA visit in 1995. He is active in the freelance field and his work has appeared in a variety of South African newspapers and magazines, including Artslink.co.za. He has also worked on TV and radio (ChaiFM 101.9) in his specialist capacity. Over the years Feldman has been the recipient of several awards for his contribution to music journalism and the SA record industry. He is a recent recipient of the Standard Bank Joy of Jazz award in recognition for his long-standing journalistic support for the arts. He wrote lyrics for some top artists, including Sipho Mabuse, and had a hit disco single, “Video Games,” which was released in 1988. He coined the phrase “Local is Lekker”.
Related Venues:
Nu Metro Cinemas / Cinema Prive, South AfricaSter Kinekor Cinemas / Cinema Nouveau, South Africa 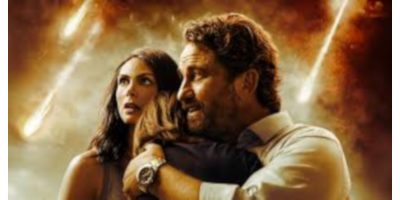 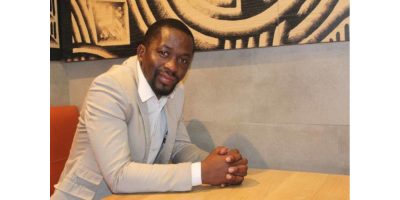 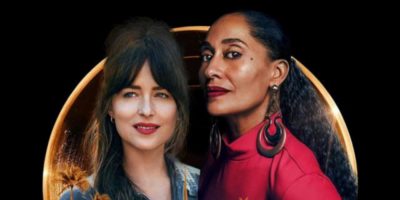