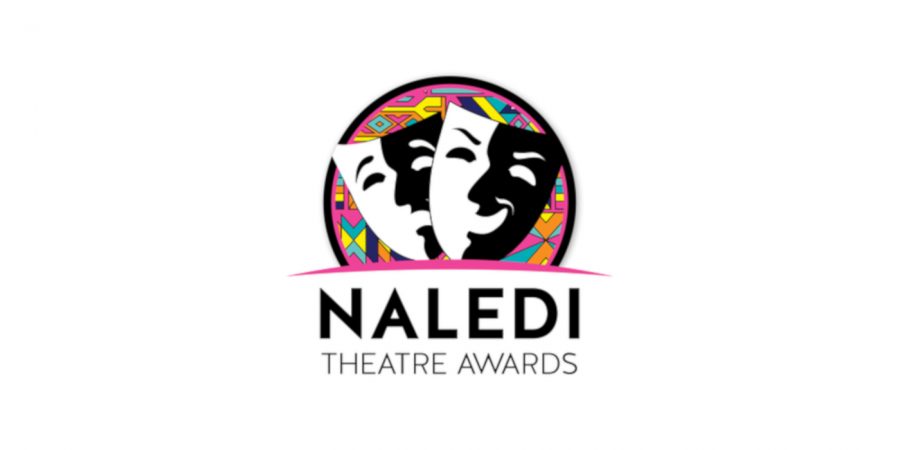 The winners of first online streaming of the Naledi Theatre Awards for productions staged during 2019.

2019 proved to be another exceptional year in SA theatre history. “What has been particularly wonderful to see, is the continued high standard of home-grown work being presented,” said Chairperson, Kgomotso Christopher. “With the additional categories under review and the expanded panels covering six genres, we have been able to acknowledge and reward world class excellence in Theatre, across the board.”

Executive Director/Legal, Lihan Pretorius, added “Whilst we held out as long as possible to see if a live event would be possible during this strange year, we are thrilled that we were able to join the trend and go online with the awards. A special thank you goes to Adcock Ingram OTC Sponsors of Brave, The South African State Theatre, the Market Theatre, the Weekly Mail & Guardian, Dan Stillerman of the Excel Academy, Lungile Michael Themba of Nal’ithemba Productions and our long term technical partner, Alistair Kilby of Splitbeam, all of whom made this memorable event possible.”

“Whilst we missed the glittering social event that personifies the Awards, we were thrilled to include fabulous entertainment in this year’s event.” said Dawn Lindberg, CEO and Artistic Director of the Naledis. “This included a spectacular item from Chicago, performed by Sam Peo and Carmen Pretorius, the finale of Don Quixote performed by Shannon Glover and Ruan Galdino, “There’s a fine, fine line” from “Loving You”; award-winning Kate Normington in “Children will Listen” from “into the Woods”, and “Call Me Al” from the sell-out show, “Here’s to You”. The event opened with an original dance piece, choreographed and performed by Ignatius van Heerden, called “Bingdu”, which is Chinese for “virus” and was commissioned by the UJ Arts Academy. Our MC/host for the evening was the affable and charming Sne Dladla, who kept the event rolling.”

Our “In Memoriam” section was particularly moving this year,” continued Lindberg “not only in honouring so many beloved people in our Industry who gave their final bows during the year under review, such as Mary Twala and Johnny Clegg, but also because the images were accompanied by the Roedean choir performing ‘Hallelujah’, under the critically acclaimed Ralf Schmitt.”

“We would also like to make special mention of our judges, who spend an inordinate amount of time and their own resources to see the eligible shows in their category, and who bring their passion and expertise to the table when we do the judging of the shows, all of whom are champing at the bit to get back to watching theatre, as soon as our beloved industry is able to function again,” said chairman of the judging panel, Renos Spanoudes. “We would like to congratulate all the incredibly talented people who have won, been nominated or are involved in productions that we saw during 2019. Once again the bar has been raised and the consensus amongst the judges is that we are privileged to be treated to the very best that South Africa can offer, be it a Broadway musical entrusted to South African producers to create and tour with internationally, or those wonderfully gritty and exceptionally well crafted proudly South African productions that grace our boards.”

Special Awards were also made: the “Lesedi Spirit of Courage Award” was given to a leading dancer from the Vuyani Dance Theatre company, Musa Motha, who lost a leg 12 years ago after a virulent cancer of the bone. The “Innovation in theatre” Award went to Rudi Sadler and Johan van der Merwe for their cutting edge one on one productions in site specific venues, “Deurnis”. Technical Life Time Achievement Awards were made to Graham Brune, veteran retired Stage Manager of the Lyric Theatre, and Stan Knight, who designed lighting and sets for over 120 productions over the past few decades. The Life Time Achievement Award was given to multi-talented Annabel Linder, who has spent almost 60 years in the Industry, and the World Impact Awards was made to one of the most respected and loved playwrights in the world, Athol Fugard.

The full list of winners of the 2020 Naledi Awards for productions staged in 2019 are: 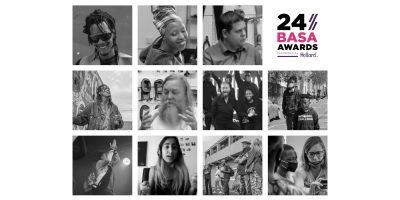 24thBASA Awards theme calls for the creative sector to RISE. 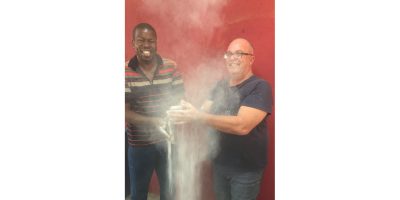 Entries are now open for the fifth Innibos National Craft Awards, supported by the Department of Sport, Arts and Culture (DSAC).