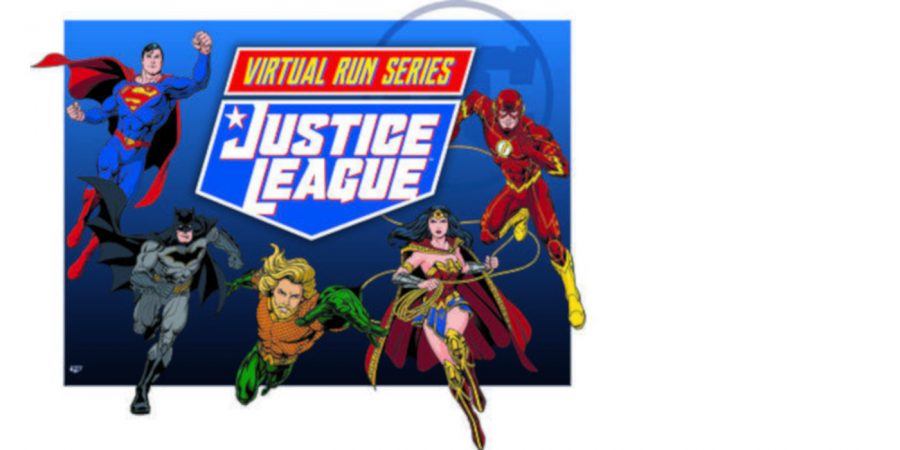 We are proud to announce the launch of the Justice League™ Virtual Run series in South Africa with Warner Bros. Consumer Products on behalf of DC Entertainment.

These events are produced by Sportsvendo, the same team who brought the unprecedented success of The Color Run to South Africa.

The DC Super Heroes are infiltrating the Health & Fitness and Lifestyle markets to get DC Fans in South Africa back out on the road exercising and keeping healthy. Mass participation Virtual Runs are launching around the country featuring the DC Super Heroes, both individually, and together, as The Justice League™.

In only a few weeks, during the Superman Virtual Run, people across South Africa will emerge from their homes as one and take to the streets wearing their Superman T-shirts. Although keeping physically distanced, the participants will be a prominent sight that has never been seen before in the country.

We have limited the entries for the first Virtual Run, Superman Virtual Run, to 20 000 places nationwide. This is to ensure that all the Super Heroes participating are safe, and are following physical distancing protocols, during this event.

We are also partnering with institutions and making contributions to beneficiaries such as Headstart Kids (providing food packs and nutritional support to children aged 6 months to 5 years) providing relief to people in need. Our target is to aid in the distribution of 150 000 meals and/or nutritional support over the remainder of the year.

Super Hero Kits (themed to the respective Super Hero per run) will be couriered to all the entrants containing (using the first run as an example):

A special personalised certificate will be issued to those entering all 5 runs SIMULTANEOUSLY.

Our celebrity ambassadors, Letshego Zulu, Nicole Capper, Kagiso Sebediela, LeAnne Dlamini, Paul Rothmann and “Coach Simon” will make sure our eyes are bright with anticipation, and our brows have the lightest trickle of sweat as they will take South Africa through some crazy fun virtual warm-up routines before each virtual run, so we can all sing and dance along even while apart.

After these Virtual Runs all South Africans will get the opportunity to participate in the actual “venue-based mass group” events that will take place in the major South African cities.

Warner Bros. Consumer Products (WBCP), a WarnerMedia Company, extends the Studio’s powerful portfolio of entertainment brands and franchises into the lives of fans around the world. WBCP partners with best-in-class licensees globally on an award-winning range of toys, fashion, home décor, and publishing inspired by franchises and properties such as DC, Wizarding World, Looney Tunes, Hanna-Barbera, HBO, Cartoon Network and Adult Swim. The division’s successful global themed entertainment business includes groundbreaking experiences such as The Wizarding World of Harry Potter and Warner Bros. World Abu Dhabi. With innovative global licensing and merchandising programs, retail initiatives, promotional partnerships and themed experiences, WBCP is one of the leading licensing and retail merchandising organizations in the world.

DC is one of the largest English-language publishers of comics and graphic novels in the world and home to some of the most iconic and recognizable characters ever created. As a creative unit of WarnerMedia, DC is charged with strategically integrating its stories and characters across film, television, consumer products, home entertainment, interactive games and the DC Universe subscription streaming service. For more information visit www.dccomics.com.

Should you wish to discuss anything, please contact us for any Media related queries on:
Talana Kuhn (Justice League™ Virtual Run Series Media Manager)
Tell no: 012 004 0642
Cell no: 072 494 4874
E-mail: Talana@marketingzoo.co.za
Website: www.justiceleagueseries.co.za 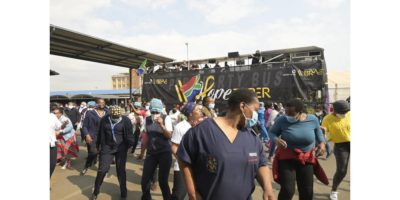 Inspiring HOPE through SONG in CT for HOPEtober

As South Africa slowly eases out of the grips of the COVID-19 pandemic and its resulting difficult challenges on people from all walks of life, the idea of dedicating October 2020 as a month of hope for all South Africans led to the creation of “HOPEtober”